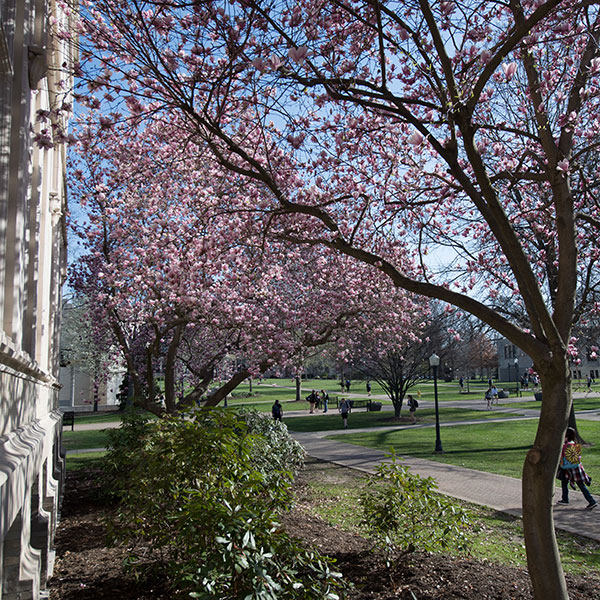 The lecture series, Great Decisions of Wayne County, will return to The College of Wooster campus this semester with three speakers and two film showings in Gault Recital Hall in Scheide Music Center. The lecture series will center on “Russia’s War Against Ukraine: Causes and Consequences.” All events will start at 7:30 p.m. and are free and open to the public.

The Great Decisions lecture series is a joint venture between The College of Wooster and the local Wooster community. It began in 1981 and has run annually with the primary purpose of bringing experts to the region on various issues pertaining to foreign policy and international affairs. The goal is to contribute to the ongoing education of Wooster students and area residents alike.

This year’s series will commence on Thursday, Feb. 2 with Retired Lt. General of U.S. Army and former Commanding General of U.S. Army Europe Mark Hertling presenting on “Russia’s Illegal War in Ukraine: The Changing Campaign.” Hertling is a retired U.S. Army officer with a 37-year distinguished career which included commanding every organization from Platoon to Field Army. He commanded the 1st Armored Division in Iraq during the troop surge of 2007-2008 before becoming the Commanding General of U.S. Army Europe and the Seventh Army. Hertling is now a senior advisor to “Mission Readiness,” a non-profit, bipartisan organization of retired military leaders who call for smart investments for America’s youth, and an advisory member to “Operation Gratitude,” a California-based organization which supports service members, first responders, and healthcare providers. He is a national security and military analyst for CNN who has made frequent appearances on the network to discuss updates to the war in Ukraine.

The second event in the series will be on Tuesday, Feb. 21 with Michael Bociurkiw presenting “On the Ground in Ukraine: Reflections from a Year of War Reporting.” Bociurkiw is a global affairs analyst, speaker, and journalist in both print and live media. With over two decades of experience, Bociurkiw has been a frequent commentator on BBC World Television, BBC World Service Radio, CNN, Bloomberg TV, CTV, CBC, and Al Jazeera. His commentaries on global affairs, humanitarian issues, and technology are regularly on CNN Opinion. In January 2022, he became a senior fellow at the Washington, DC-based Atlantic Council, attached to its Eurasia Center.

The Great Decisions series will feature two showings of the documentary film, When Spring Came to Bucha, which is set in the aftermath of Russian occupation in the small Ukranian town of Bucha. The film will be shown at Gault Recital Hall in Scheide Music Center on Friday, Feb. 24 and Friday, March 3. The film follows the stories of those left to pick up the pieces of their lives in a decimated landscape and shrunken community. From a child trying to continue their education after all of their classmates have either died or fled, to a municipal services manager working to provide clean drinking water. In the midst of this devastation, there is hope and survivors trying to rebuild their lives as the winter ends and spring begins to emerge.

The final speaker will present on Monday, March 6. Vitaly Chernetsky, professor in the Department of Slavic, German, and Eurasian Studies at the University of Kansas and past president of the American Associate for Ukranian Studies, will give a lecture on the topic of “Ukranian Culture and the War Response: Ideas, Memories, Hopes.” Chernetsky’s research focuses on modern and contemporary cultures (literature, film, popular culture) of Ukraine, Russia, Central and Eastern Europe, and Central Asia. He is also the author of the book, “Mapping Post Communist Cultures: Russia and Ukraine in the Context of Globalization,” the co-winner of the book prize of the American Association for Ukranian Studies.