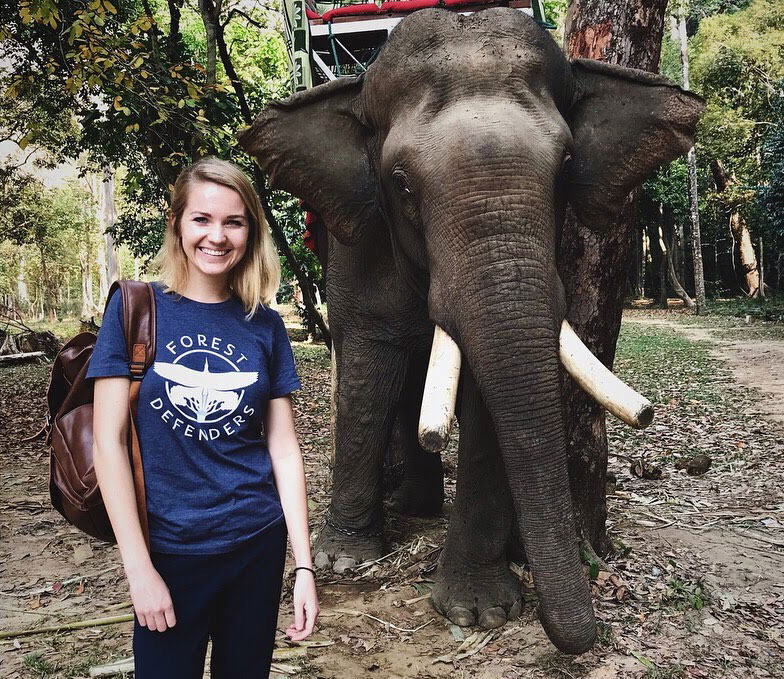 For Rita Frost ’14, her experiences at The College of Wooster are entwined with the professional she is today. Her professors helped her “curiosity to blossom and expand in a manner that allowed [her] to develop an interdisciplinary lens that has been an incredibly useful source in [her] professional career.” They encouraged her not only to read and write voraciously, but to tie her writing to current events, as well as the social change that was happening in her immediate surroundings. With a bachelor’s degree in political science and minors in economics and environmental studies, Frost dedicated her professional career to the social change that she was encouraged to contemplate during her time at Wooster by advocating for the environment as a campaigner.
Frost credits her first-year seminar with Matt Mariola, associate professor of environmental studies, as the first place that she realized she could explore her interests of the “complex intersection of our natural world, society, and the paradox of an insurmountable problem humanity has created (climate change) and our unique ability to band together to right our wrongs.” Frost decided to shape her profession around the interconnection between her passion and the change that she wants to see in the world.
While a student, she was a member of Greenhouse and Organic Farming clubs and helped environmental missions in the local Wooster area. Her time as part of the Organic Farming Club provided real experience working to aid the environment, as the group helped five to six different farms every week. She also gained experience with environmental campaigning through her participation in Greenhouse Club, working to make environmental policy changes on campus. “That was a huge part of my development as an organizer and campaigner in the environmental nonprofit profession because I came upon a problem and created a means to affect that problem,” she said.
After graduation, Frost was accepted into Green Corps, an organization that trains recent college graduates in grassroots community organizing through fieldwork and classroom lessons. She worked with multiple organizations though Green Corp to “sharpen the skills of grassroots organizing and campaigning that she first developed at Wooster.” After the Green Corps, Frost was recruited by Dogwood Alliance where she works to protect forests in the southern region of the United States and the communities that depend on them. Her work at Dogwood Alliance brought her to “the halls of the European Parliament, the forests of Laos, special sessions of the United Nations on climate change, and even to venues such as hosting documentary film screenings in front of a crowd of over 2,000 French people at a climate camp this past summer,” said Frost.
Passionate about her work, Frost is thankful that Wooster gave her the ability to affect change in the world and she hopes to see other Wooster students have similar experiences: “We need everyone to take up the charge to address climate change, and we need leaders for that,” she said. “I believe that students at Wooster should be those very leaders.”
The photo above shows Frost in Laos when she was working with the World Wildlife Fund on a fellowship from the State Department.