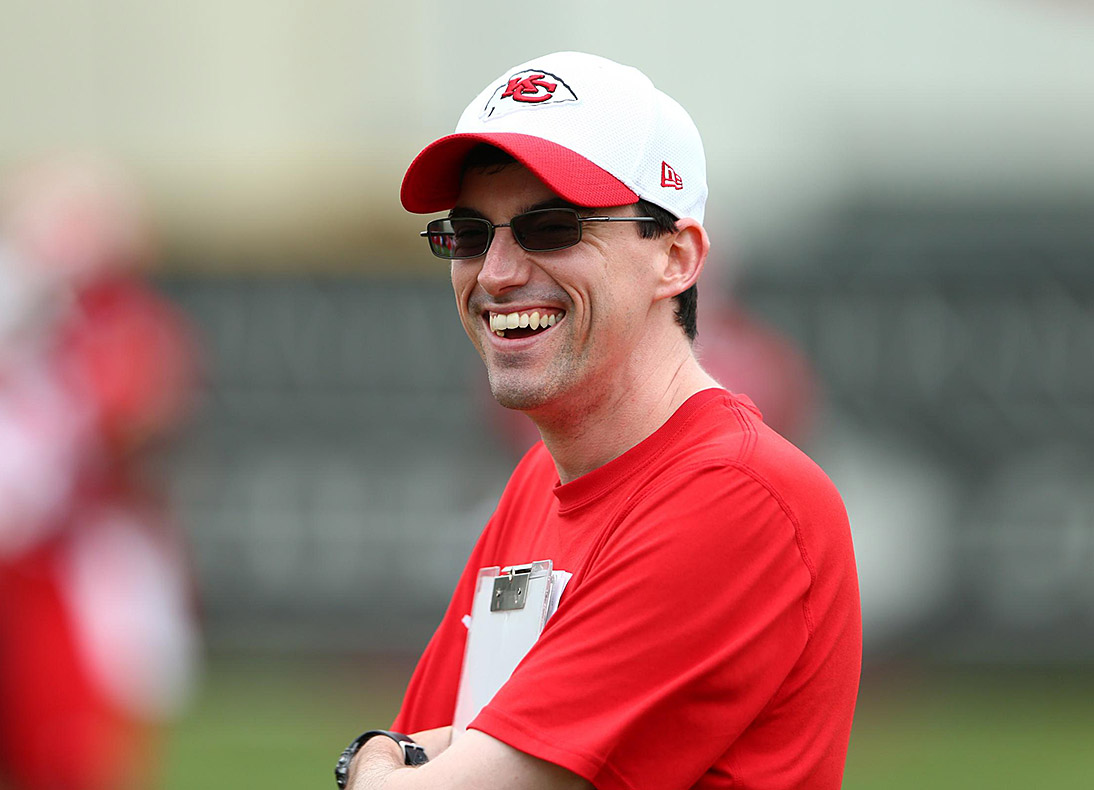 On the eve of Super Bowl LIV, do you know who you are rooting for?

The answer is clear for at least one Wooster alumnus. Mike Frazier ’03, now in his seventh season as Statistical Analysis Coordinator for the Kansas City Chiefs, is playing a key role assisting Super Bowl-bound Head Coach Andy Reid and the Chiefs coaching staff with player statistics, situational analysis, and team and league-wide trends.
We were able to connect with Frazier following the Chiefs’ 35-24 win over the Tennessee Titans in the AFC Championship Game. “It is a tremendous honor to work for Coach Reid and the Kansas City Chiefs,” said Frazier.
Frazier arrived in Kansas City in 2013 after spending 10 seasons in the same role with the Philadelphia Eagles (2003-12). He joined the Eagles immediately following his graduation from The College of Wooster in 2003.
Frazier, a business economics major from Evanston, Ill., interned with the Philadelphia Eagles while still a student in 2002, gaining invaluable experience working with Reid and a number of current Chiefs assistant coaches who served on the Eagles coaching staff.
“The opportunity to conduct original research through Independent Study at Wooster absolutely helped in my career,” added Frazier.
“My I.S. advisor Professor Jack Julian was extremely knowledgeable and supportive during the I.S. process.  The research I conducted in my Junior I.S. was discussed as part of my interview for an internship with the Philadelphia Eagles.  Then, my Senior I.S., ‘Salary Determination of Quarterbacks in the National Football League,’ furthered that research.”
The Chiefs (14-4), led by 2018 NFL MVP quarterback Patrick Mahomes, take on the San Francisco 49ers (15-3) Sunday, Feb. 2, 2020, from Bayfront Park in Miami, Fla. The game will be broadcast live on Fox with kickoff at 6:30 p.m. EST.