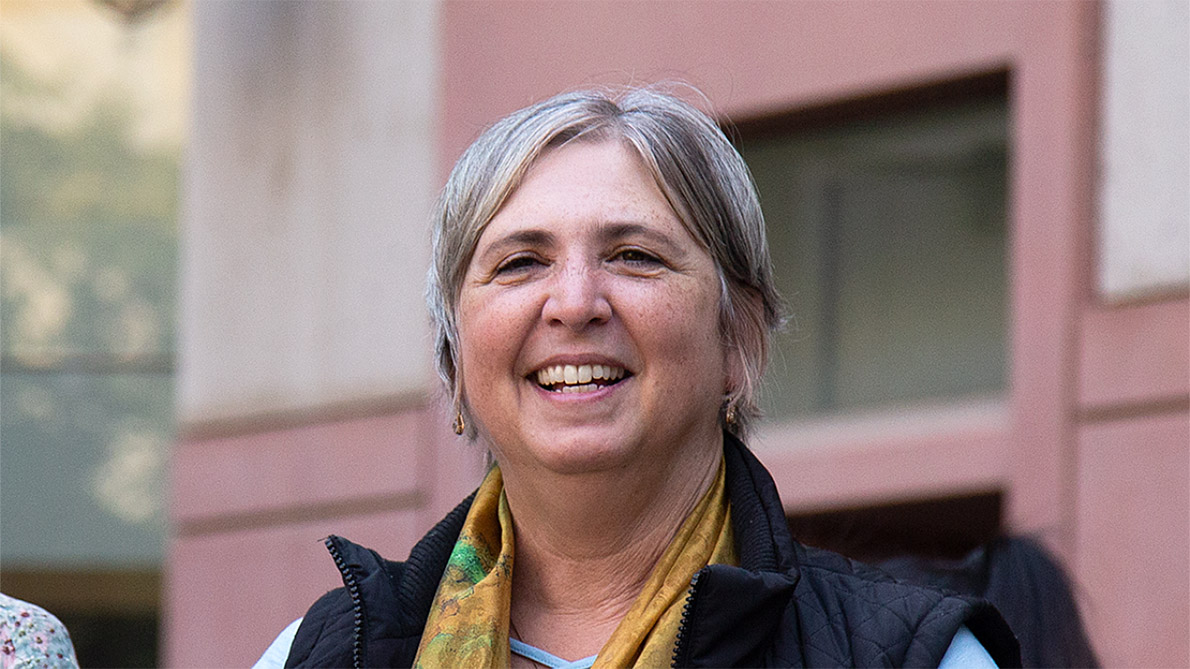 WOOSTER, Ohio – Jodi Nunnari ’84, a mitochondrial biologist and chair of the department of molecular and cellular biology at the University of California, Davis, College of Biological Sciences, was one of the 63 leading scientists selected as a newly elected member of the European Molecular Biology Organization. Announced on Tuesday, each honoree is bestowed with a lifetime honor of EMBO membership in recognition of their remarkable achievement in the life sciences.
“The new members have contributed to the success of research in the life sciences in Europe and around the world,” stated Maria Leptin, director of the EMBO, in a press release. “As EMBO members, they can help to shape the future of EMBO’s work to support talented researchers, bring ideas together, and promote an international research environment conducive to excellent science.”
Nunnari has been a faculty member at UC Davis since 1998, currently serving as Distinguished Professor of Molecular and Cellular Biology. She studies mitochondria, the tiny structures that provide energy to living cells and are implicated in a wide range of diseases, including heart disease, stroke, and inherited conditions.
On her EMBO profile, Nunnari describes her interest “in the mechanisms underlying mitochondrial behavior in cells” and says that her group is “focused on understanding the roles of ER-mitochrondria contact sites in mitochondrial function, including mitochondrial DNA copy number control and the organization of mitochondrial metabolic pathways.”
Nunnari majored in chemistry at Wooster and went on to earn a doctorate in pharmacology at Vanderbilt University. She has previously been honored as a fellow of the American Society for Cell Biology and elected as a member of the National Academy of Sciences.
EMBO has recognized outstanding life scientists as members since 1963 and now counts a community of 1,800. EMBO members participate in such initiatives as mentoring young scientists and supporting activities such as the promotion of sound science policy.