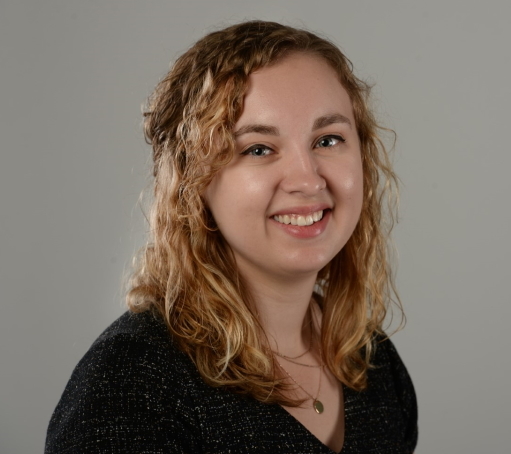 A week after graduating from The College of Wooster, Maddi O’Neill ’16 started her first job as the courthouse reporter for the Erie Times-News, and her editor assigned her to cover a homicide trial. “It was terrifying,” O’Neill remembered. However, she rose to the challenging work with the skills she developed at Wooster. “The most important thing I got from Wooster was how to absorb new information quickly and then apply it on the job,” she said. “Wooster gave me the critical thinking skills to learn and adapt in a job that was unexpected.”

As a political science major, O’Neill loved her professors and classes, but quickly realized that she did not want to pursue a career in politics. Matthew Krain, professor of political science and global and international studies, has supported O’Neill’s career post-graduation. “He has been really excited to see me take this path which is maybe not the typical political science path but is still definitely using skills I learned from the department,” O’Neill said. Another professor she connected with in her major, Mark Weaver, emeritus professor of political science and O’Neill’s Independent Study advisor, encouraged her to develop an unconventional political science I.S. While most of her peers in the department performed a study to test a hypothesis, O’Neill was more interested in the philosophical side of political science. Her I.S. looked at how first amendment Supreme Court decisions interacted with requests from students at public universities for warnings of sensitive material or topics in the classroom. “It was helpful for me to read court decisions and understand them really thoroughly,” O’Neill said.
Weaver also advised the Moot Court Club which O’Neill participated in and remembers as the most valuable activity she did at Wooster. Her involvement in Moot Court became especially helpful to O’Neill as a court reporter. “I needed to be able to read and understand court language,” O’Neill said. “It also made me a better and more confident public speaker which is important if you have to ask a question at a news conference and there are a ton of people there.” O’Neill also built her skills as a news writer and reporter as one of the editors-in-chief of The Wooster Voice during her junior and senior years.
After four years at the Erie Times-News, O’Neill recently accepted a position as the statehouse reporter with the USA Today Network in Maryland. She is excited that she will hold more of a watchdog reporter role in this position, something she was beginning to transition to at her last job. “One of the most important roles in journalism is to hold people in power accountable to what they say they’re going to do,” O’Neill explained. “Our job is to follow up and make sure that they do it or explain why they’re not doing it.”
O’Neill recently did this in an in-depth investigative piece on policing in Erie, Pennsylvania. “Just before I left I was able to do some reporting on policing because obviously that’s where the whole world’s focus suddenly shifted at the end of May,” she said. Going through court records, O’Neill discovered that a local police officer had been sued for excessive force three times in the last six months. She met and interviewed the three men who had made the claims against him. “It’s important for the public to know that these are the patterns in the way that the police are handling these cases and it’s something to be on the lookout for in the future,” O’Neill said. “That was one story that I was proud of, and I was happy that I was able to give the three men the ability to talk about what they say happened to them and share a different perspective on policing in Erie.”
O’Neill looks forward to continuing to be a watchdog reporter in her new position in Maryland, armed with the skills that she began to develop at Wooster in the political science department, Moot Court, and as an editor for the Voice. “It takes time to develop that watchdog mentality where you have to be skeptical and you have to be a critical thinker,” O’Neill said. “That is something that Wooster helped me develop, and it’s something that I’m really looking forward to.”