‘It’s Time for One of Us’: A Feminist Rhetorical Analysis of Alexandria Ocasio-Cortez’s First Term in Congress 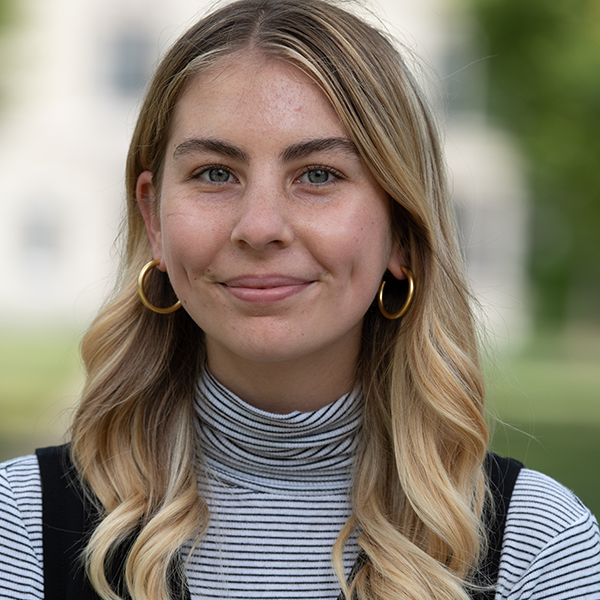 Name: Sarah Hopkins
Major: Communication Studies
Minor: Spanish
Advisor: Dr. Denise Bostdorff, Dr. Rohini Singh
After the 2016 presidential election, like many people, I felt defeated.I was 17, could not even vote yet, and already my faith in our political system was practically nonexistent. However, in the fall of 2018 I enrolled in a Political Rhetoric class, and that is where I first became familiar with Ms. Ocasio-Cortez.She had already defeated Joe Crowley in the primary election and was well on her way to becoming the youngest individual ever elected to Congress. She spoke her mind, defended progressive ideas, and dealt with her haters gracefully in a sphere dominated by well-connected white men. This is in large part what inspired me to study AOC’s rhetoric during her first term and, more specifically, how she maneuvered issues of sexism, racism, and classism. In this project, I look at three messages—her 2018 campaign ad “The Courage to Change,” a get-ready-with-me makeup tutorial she made with Vogue, and her response to Rep. Ted Yoho on the House floor in July 2020—to better understand the types of rhetorical strategies that enabled her to effectively push back against hegemony. Furthermore, my findings illustrate the importance of utilizing active rhetorical strategies, such as reframing, generating new perspectives, enactment, and juxtaposing incongruities, to resist hegemony and deconstruct it from within the very institutions that often perpetuate it.