A Moment in Italy 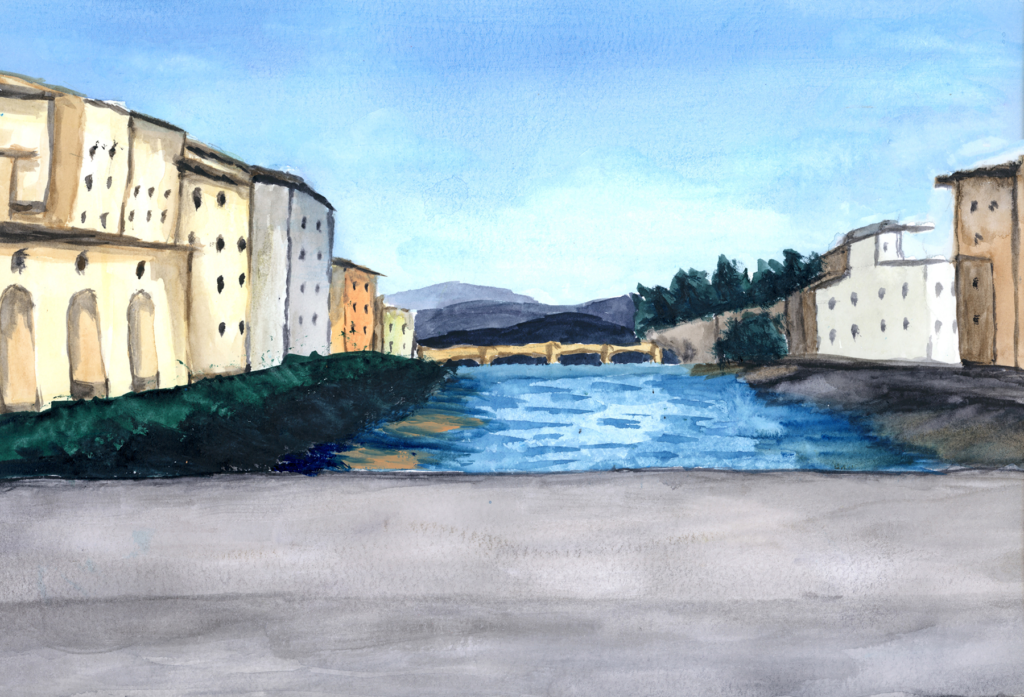 For centuries, art has been used not just to portray images, but to inspire feelings in those who observe it. Animation as a medium is most commonly used to tell a story, as sequences of multiple images and scenes are ideal for crafting a narrative. Animation is often considered to lack artistic integrity, as it is often viewed as entertainment for children rather than fine art. Yet animation, as any other form or artistic media, can provide just as much depth as more traditional forms of art.

This is a short animated film that is approximately three minutes in length, set in the city of Florence and in the Tuscan countryside. While this animation has a simple story to follow, most of the focus is placed upon the creation of an atmosphere. The simple story of this animation is an exploration of that atmosphere within Italy, following a blank slate type of character, both in the city and the countryside. However, this character also has her own motivations and emotions, as she is in many ways a stand in for me as the artist, and her actions drive the flow of events, allowing the audience to witness a variety of atmospheric locations.

The semester I spent in Italy was very important to both my artistic and personal growth, and I am excited to share a small part of that experience with the audience. The simple, everyday actions of the main character are actions that I engaged in at various points during my time spent in Italy, but the experience of being in an entirely new place made those actions far more meaningful. I hope that this work might resonate with other people who have gone outside of their comfort zone and found themselves changed through the act of traveling, and I hope that in the future I will be able to create more artworks that resonate with viewers.