The College of Wooster’s Concert Band to perform Nov. 16 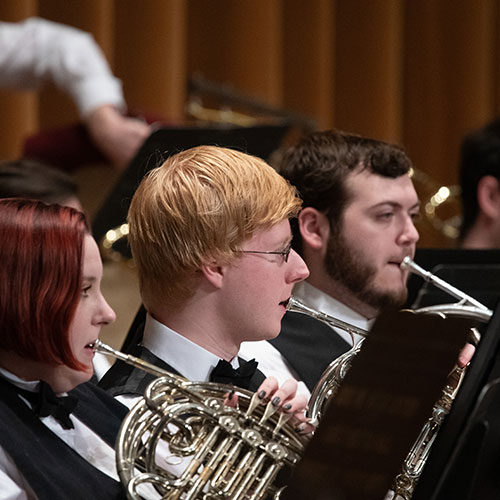 The band will perform a wide variety of music, with compositions by Leroy Anderson and Karl King. The concert will also mark the first time music by composers Brian Beck and Cait Nishimura will be performed on the Wooster campus.

Directed by Jeffrey Gershman, associate professor of music and director of bands at the College, the Wooster Concert Band is a group open to all student instrumentalists without audition. In addition to directing the Wooster Concert Band, Gershman also serves as the assistant director of the Scot Marching Band, along with teaching classes in conducting and music education. He received his doctorate in musical arts in wind conducting from The University of Texas at Austin and continues to maintain an active schedule as a guest conductor for bands throughout the country.

This concert is free and open to the public. For more information, contact Melissa Puster in the Department of Music at mpuster@wooster.edu or 330-263-241.