East vs. West: A Study of Orientalist Tropes in Sports Journalism 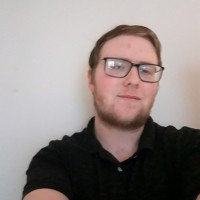 Student: Ben Blotner
Major: English
Minor: Communication Studies
Advisor: Zoe Gibbons
My Independent Study breaks down various works of sports journalism from the early 20th century onward. I study the political and athletic progress that has been made by the East in each sport, showing how these forms of progress are intertwined. I also look at the extent to which this progress is demonstrated by the writing, placing emphasis on Orientalist attitudes or lack thereof. Using Edward Said’s Orientalism and other sources as my theoretical framework, I study the history of journalism in three different sports: table tennis, cricket, and baseball. The table tennis section primarily features journalism surrounding Chinese table tennis, as I take a close look at the phenomenon of “ping pong diplomacy.” In the cricket chapter, I investigate the sport’s history in India, Pakistan, and the West Indies, looking at pieces of writing that show how different countries have come together in unity. The baseball chapter looks at the history of Asian players and how journalistic attitudes towards them have changed.

In this PowerPoint, I break down my Independent Study into eight slides. The first slide features the title of the project, my name, and clip art of the three sports whose journalism I analyze. I then go into my research question, which states my project’s focus on Orientalist language in sports journalism and the progress that has been made. On this slide, I quote the official definition of Orientalism by Edward Said, the author of the book Orientalism. For my pictures, I include the cover of Said’s book and clip art of sports journalists.
I then move on to my thesis statement, which states that progress has been made towards equality in the world of sports journalism, as Orientalist writing has become relatively rare. The pictures here represent the idea of the East and the West being equal. My next three slides analyze my research on the three sports I studied: table tennis, cricket, and baseball. The table tennis slide outlines the events behind “ping pong diplomacy” between the United States and China. I provide historical context on these events and how China used its table tennis ability for leverage in diplomatic negotiations with the U.S., as well as the respect journalists gained for China. The left picture shows players competing at the 1971 World Table Tennis Championships, the competition that led to these events, and the right picture shows President Richard Nixon meeting Chinese leader Mao Zedong as a result of ping pong diplomacy.
My cricket slide expresses the main ideas of my chapter on the sport, including the increase in writers’ respect for countries such as India and Pakistan, which have become world-class in cricket. The pictures portray a ticker tape parade held by Australians to honor cricket players from the West Indies who visited their country, along with controversial umpire Darrell Hair, who has been criticized as biased against Easterners. Next is my baseball slide, in which I highlight the progression of journalistic attitudes towards Asian baseball players, citing specific events that led to relevant journalism. On the left, we can see American star player Hank Aaron and Japanese star Sadaharu Oh posing together at one of the exhibition home run contests they held. On the right is former star pitcher Chan Ho Park, who was a phenomenon as the first Korean player to reach the major leagues.
Finally, in my conclusion slide, I state my findings, including the specific arguments I make about each sport. I end with the statement that sports journalism has seen a decrease over the years in Orientalist ideals.
Ben will be online to field comments on May 8:
2-4pm EDT (PST 11am-1pm, Africa/Europe: evening)