Being Moved by the Wild: A Study of Wilderness Spirituality and the Outdoors as a Tool for Retention and Recruitment in Quaker Communities 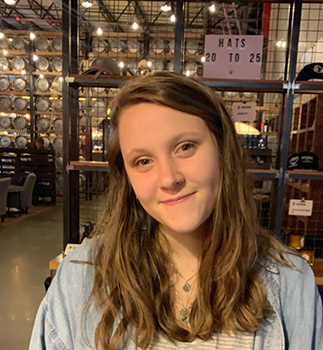 Student: Elise M. Nikolich
Major: Religious Studies
Minors: Chemistry, Environmental Studies
Advisors: Jeremy Rapport, Mark Graham
In order to investigate how Quakers employ the outdoors as a retention and recruitment tool in a period of overall decline in religiosity, academic sources, survey data, and interviews were compiled. A survey targeting Quakers and those who have participated in Quaker communities or those based in Quakerism, asked respondents (~250) how the Quaker testimonies and history support outdoor engagement and how this influences their experience of the faith. Interviews were conducted with select leaders from organizations creating experiences of Quaker testimonies in the outdoors to determine how the institutions that shape these experiences interpret the intended purpose of such experiences. This multisystem approach found that experiences of Quakerism in the outdoors contribute to increased participation and identification with Quakerism. Further application of these findings is discussed in the context of Wilderness Spirituality, to which more definition is offered based on the findings and interpretations given by surveyees and interviewees.

Having experienced religious practice in the outdoors myself, as well as the benefits of the outdoors in and of themselves, I set out to see if my experiences were shared by others. I chose to focus on Quakerism for its inherent connection to the earth and nature because of the focus on Stewardship and Community in the religions core values or testimonies, as they call them. In the summer of 2019, I released a survey on Facebook that asked Quakers and those who had experienced Quaker practice and values in the outdoors to reflect on their experiences and the impact of them on their religious and personal life. I went on to conduct interviews with the individuals who create experiences of Quakerism or Quaker practice through summer and year-round programming, in order to gauge the initial goals of such opportunities. I found that engaging in these experiences of Quakerism in the outdoors greatly increased the probability that individuals would identify as Quaker, as well as increasing the probability that they would continue to engage with the faith. From the survey results and interviews, I also propose an indicating framework for experiences of wilderness spirituality, which is understood to be a heightened probability of spiritual or religious moments to occur in nature or the outdoors. The three part framework for identifying experience of wilderness spirituality, identified using a multisystem approach looking at surveys, interviews, and previous literature is 1) a description of the spaces in which such experiences take place, 2) an identification of the relationship between such experiences with self, and 3) an identification of the benefits of such experiences, both in- and extrinsic. This framework, compared to previous definitions, allows for a greater diversity in experiences, access, and personal background over the more rigid definitions previous definitions offered These in turn shape people’s experiences of and identification with particular religious and spiritual movements, such as Quakerism.
Elise will be online to field comments on May 8:
2-4pm EDT (PST 11am-1pm, Africa/Europe: evening)