Spacing in the 5CSRTT Proves Beneficial in Early Levels 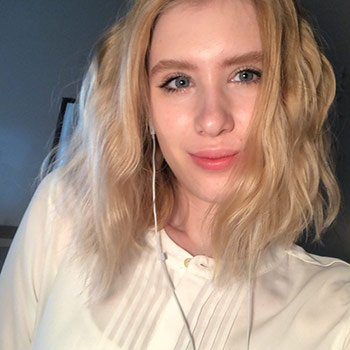 Student: Rebecca Warren
Major: Cognitive Behavioral Neuroscience
Advisors: Amy Jo Stavnezer, John Neuhoff
ADHD is a neurodevelopmental disorder characterized by inattentiveness, impulsivity, and hyperactivity. Due to these characterizations, children with ADHD typically exhibit lower academic performance which has been improved by spacing out academic training. Yet no study has performed spacing in an ADHD population. Spaced training involves studying over short periods for multiple days rather than multiple hours in one day, or massed training. Using a rat model of ADHD, known as the SHR strain, the present study assessed how spacing training from 90-trials a day to 45-trials a day in the 5CSRTT would improve performance abilities. The 5CSRTT is an attentiveness task that teaches the rat to respond to a light stimulus. A lightbulb goes on over one out of five slots and the rat must poke their nose into the slot to receive the reward. As the training levels go up, the light is on for a shorter period of time, requiring the rats to focus harder. Additionally, the impact of spaced training on object displacement was assessed. The object displacement task is a task that measures memory in SHRs. It involves placing four novel items in an arena, exposing the rat to the items, and then, one-week later, exposing them to the objects again but with one of the objects displaced. If the rat makes more contacts with that object, they are aware it has moved. Lastly, activity levels in the open field confirmed the SHR hyperactive phenotype. It was found that spacing was beneficial during earlier levels of 5CSRTT training, that required less focused attention. In addition, during the earliest level of training, males in the spaced condition benefited more than females, closing the previously reported sex gap. Due to the hyperexploratory nature of the SHR, spacing did not influence the ability to recognize the displaced object, and spaced training in 5CSRTT did not impact hyperactivity in the open field. These findings imply that by simply spacing out training, the SHR rats demonstrate a significant improvement in some training levels of the 5CSRTT.  Future studies should consider spacing out training for longer periods during the more difficult levels to give the rats a better opportunity at learning the more difficult level. It may also be beneficial to space out training in shorter intervals because other studies have found that short-interval spacing provided significant results in a reward-based task. Finally, an assessment of spacing academic work and attentiveness training in children with ADHD should be done.

Rebecca will be online to field comments on May 8:
4-6pm EDT (PST 1pm-3pm, Africa/Europe: late evening)