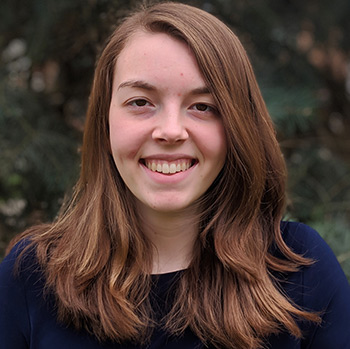 Student: Emily Randall
Major: Geology
Minor: Environmental Studies
Wooster Advisor: Dr. Mark Wilson, Dr. Karen Alley
Keck Advisors: Dr. Michael D’Emic, Dr. Simone Hoffmann, Dr. Brady Foreman
Preliminary data point toward a new hypothesis in which Coryphodon lived in wetter habitats before the Paleocene-Eocene Thermal Maximum (PETM), but adapted to drier ones post-PETM. The Fort Union and Willwood Formations in the Bighorn Basin of Wyoming represent alluvial deposition within a Laramide Basin formed from the Paleocene through early Eocene. This is an ideal place to study the local effects of the PETM, a rapid global warming event that occurred at the Paleocene–Eocene boundary (~55.5 mya). The response of the large mammal Coryphodon to the PETM is poorly understood, but is of special interest due to its inferred semiaquatic nature.
We collected 14 stratigraphic sections from 5 mammalian biozones within the basin, each centered around depositional units containing Coryphodon. The depositional environments of these units were evaluated through sedimentary analysis, and included ponds, swamps, fluvial deposits, soils with evidence of wet and dry cycles, and dry soils.

I have been interested in paleontology since high school, and for my I.S. I was lucky enough to be selected to be part of a wonderful Keck Geology Consortium research team focused on paleontology in the Bighorn Basin, Wyoming. Keck is a group of seventeen small liberal arts colleges that receives support from the National Science Foundation to run research programs for geology undergraduate students every summer. My project was a year-long, but it will continue with other researchers in the future. Each of the six students in the program had an individualized research project centered around Coryphodon, a large hippo-like mammal, that lived during the Paleocene-Eocene Thermal Maximum (PETM), which was a rapid global warming event that occurred about 55.5 million years ago.
Since I was interested in seeing how this interval of warming and drying would affect the paleoenvironments that the previously-hypothesized to be semi-aquatic mammal lived in, my project focused on sedimentary analysis to reconstruct the paleoenvironments our fossils were found in. It was very rewarding to expand my knowledge of paleontology and sedimentology and stratigraphy through fieldwork and research during my I.S. experience. I thoroughly enjoyed the whole I.S. process, and it solidified my love of fieldwork, research, and the western United States.