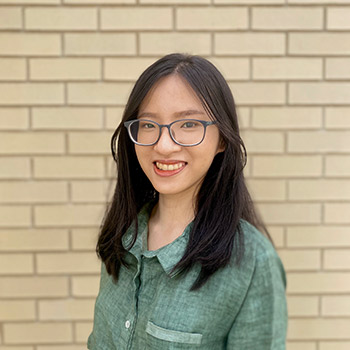 Cartography and architecture are official channels that facilitate remembrance in Ho Chi Minh City, Vietnam. Maps and buildings serve as sites for actors of memory to manipulate the city’s narratives and shape its collective identity. The ruling regimes of Ho Chi Minh City have leveraged control over the natural environment and the local population to create maps and monuments that propagate their ideologies and ideals for the city. This project explores urban memory and its formation, using critical augmented reality (AR) as a tool for visualization. The AR component considers the computational theory and development tools for digital historical narratives. As this study investigates the complicity of science in colonialism, imperialism, and nationalism, it also critiques the use of AR in historical processes. AR offers great potential for history thanks to its accessibility and performance; however, it requires developers and users to remain aware of the implications behind each design.

Recently, Vietnam has witnessed a growing obsession with antiques and romanticized representations of the past in the forms of cafés, restaurants, bookstores, etc. the commodification of memory in Ho Chi Minh City, Vietnam is not a new phenomenon. Nostalgia for the so-called golden age of Saigon is often connected to notions of an ideal living environment, whether that is a Western metropolis or a close-knit Asian society. Much as they are romantic and idealistic, these projections can be contradictory, misleading, unfounded, and superficial, created out of economic, political, and aesthetic expediency. What they do indicate, nevertheless, is the contested processes that result in the formation of such memories. As Ho Chi Minh was originally unfit for human habitation, how it has transformed into a royal port, a French colonial headquarter, the capital of South Vietnam, and the socialist metropolitan today is never a natural progression.
This Independent Study seeks to deconstruct the connections between memory, power, and identity, centered around the theme of environment, which can be natural, built, or symbolic. Past and present authorities of Ho Chi Minh City have harnessed their power to shape these environments to create memory, solidify their legitimacy and justify future augmentations to the city. I consider the question of memory and city building from an ideological angle, by investigating physical sites of memory including maps and buildings. To examine how cartography and architecture have been employed by different governments and enterprises to create memory, this study investigates their use of symbology, design, function, and technology to convey the builders’ intentions. In addition, this research employs a digital spatial medium to visualize the process of memory in Ho Chi Minh City, using critical augmented reality.
Augmented reality (AR) descries a technology that allows computer-generated contents to be superimposed on the environment around us using special interfaces such as digital glasses, phone screens, or holographic projectors. The parallels in space usage between the sites of memory studied in this project (maps and buildings) and augmented reality can provide an illuminating case study on how effective these new computer vision techniques could help historians better understand processes of history and convey their findings to the general public. The project includes a close examination of the back-end implementation of AR and a critique of the ethics and implications for using this technology, particularly in relation to memory and power.
Thuy will be online to field comments on May 8:
10am-noon EDT (Asia: late evening, PST 6am-8am, Africa/Europe: late afternoon)