The Continuation of Violence: Analyzing the Retraumatization of Incarcerated Survivors of Domestic Violence and Evaluating the Potential of a “Trauma-Informed” Prison Model 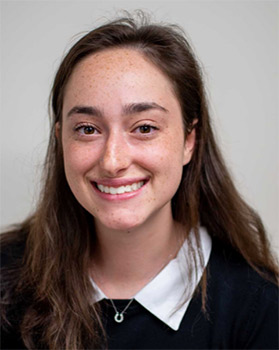 Student: Eliana Kahn
Major: Sociology, Women’s, Gender & Sexuality Studies
Advisor: Dr. Tom Tierney, Dr. Zareen Thomas
The purpose of my study was to explore the impact of incarceration on female survivors of domestic violence. To do this, I conducted interviews with professionals involved with trauma and the criminal justice system, as well as with three formerly incarcerated survivors of abuse. I first analyzed the ways in which the physical organization, institutional procedures, and inmate-officer power dynamics of punitive institutions replicate dynamics of domestic violence. I then evaluated three “trauma-informed” systems of care, a framework actively mitigating subsequent exposure to trauma through community integration and relationship-building. My findings indicate (a) the direct and indirect connections between domestic violence and incarceration; (b) the extent to which punitive institutions largely “re-traumatize” survivors of domestic violence and; (c) how the punitive nature inherent to the American criminal justice system undermines the implementation of a broader trauma-informed prison model. I conclude by offering a non-carceral, restorative justice approach to criminal justice.

Eliana will be online to field comments on May 8:
Noon-2pm EDT (PST 9am-11am, Africa/Europe: early evening)