Chasing Gold Statues: A Study of Kanye West and the Case for Abstract Minimalism in the Digital Age 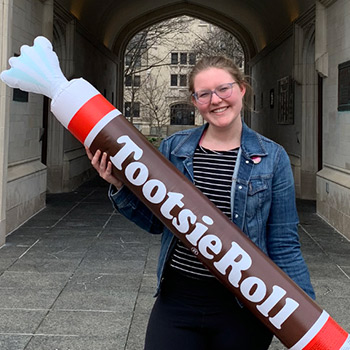 Student: Sarah Stutler
Majors: Art History, English
Advisors: Christopher Kang, John Siewert
American artist Kanye West has been in the public eye for over a decade, often at the center of scrutiny as result of his direct messaging and refusal to mince words. The content of Kanye’s public statements has shifted and evolved over time which has created a multiplicity of lenses with which one can view the artist, complicating the idea of a single monolithic identity. This Independent Study tracks the conscious dematerialization of Kanye’s albums, his body and perhaps even his “brand,” an elusive term in itself, that makes the rapper all the more difficult to pin down and fully understand. Kanye’s decentering of celebrity relies on the artists visual and lyrical aesthetics that reject symbolism and iconography, resulting in a proliferation of abstract forms that serve as the stripped down essence of the artist and his message, connecting Kanye’s identity directly to his body of work.

Sarah will be online to field comments on May 8:
2-4pm EDT (PST 11am-1pm, Africa/Europe: evening)