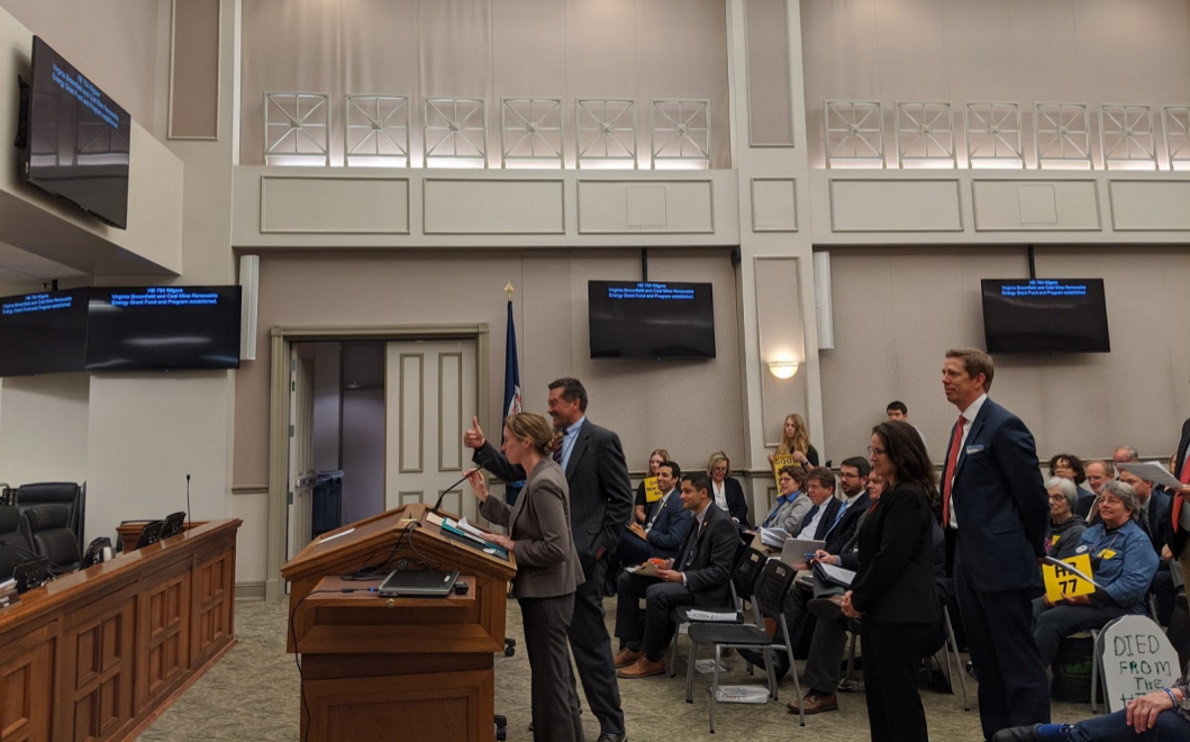 Chelsea Barnes ’07 was recently named a recipient of Energy News Network’s 40 under 40 awards, which according to the website, “highlights emerging leaders and their work in the United States’ transition to a clean energy economy.” She currently works as the new economy program manager for Appalachian Voices, an environmental nonprofit committed to protecting the “the land, air, and water of Central and Southern Appalachia” while aiding the transition from fossil fuels to clean, renewable energy. In response to the award, Barnes said she felt “warm and fuzzy,” especially because it was one of her employees in her coalfield region that submitted the nomination. “It made me feel like I was doing something right both as an advocate for the community I work in and as a supervisor,” she said.
In this role, Barnes “works to address barriers to solar energy in the coalfield region of Virginia, build a solar industry in the region as an economic development tool, and reclaim abandoned coal mine lands for community and economic development,” per the 40 under 40 webpage. This includes helping companies turn to solar energy, cleaning up abandoned mines, and communicating with local government on policy barriers.
At Wooster, Barnes participated in a 3:2 program; she studied biology for three years at the College before spending the next two years at Duke University’s Nicholas School of the Environment where she earned a master’s in environmental management. “At graduate school, I got interested in the energy industry because I wanted to protect the environment,” Barnes said. “The biggest thing that’s hurting the environment right now is the way we produce energy, so I felt like that was something I wanted to work on to be part of the solution and remediate a lot of the damage that has already happened.” 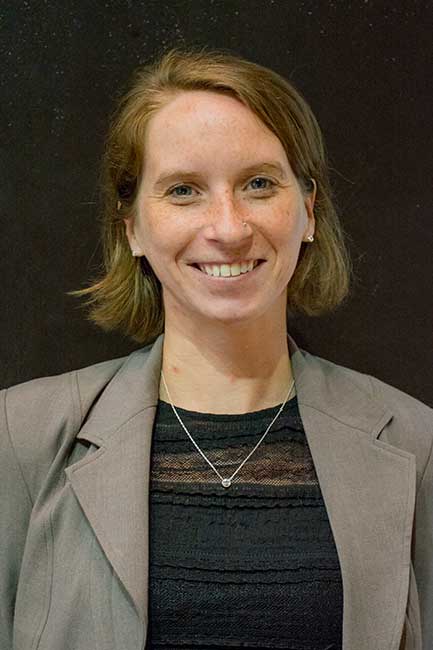 Before landing in her current role, Barnes spent 5 years at North Carolina State University working on solar energy policy. “I started working on transportation issues and biofuel, and then I got into policy which is where I wanted to be—changing policy for the better,” she said. After that, Barnes started a consulting business with her colleagues, EQ Research. “We were doing a lot of the same research but in the private sector helping solar companies and environmental groups track clean energy policy, both state and federal,” she said. “But I felt like I was always one step away from where I wanted to be. I was helping other people advocate for good policy, but I wanted to be the one doing it not just the person researching what the good policy should be.” This, along with a desire to live in the mountains, is what led Barnes to take the position at Appalachian Voices.

Barnes explained that no day at her job is typical and can range from meeting with community groups and businesses to working on policy. “It’s a really good balance for me personally, to be able to do the policy work but have direct contact with people in the community—it brings me down to earth,” she said. “It’s really easy to be a person in politics or making policy and be totally disconnected from the people you’re trying to help. You really have to be connected to the people impacted by the policy otherwise you’re going to make wrong decisions or wrong moves.”

Despite missing out on the traditional Independent Study process with the 3:2 program, Barnes credited her experience at Wooster for giving her the skills to be successful in graduate school and her different careers. “I wasn’t there for my senior year, but I did do Junior I.S. which was really helpful,” she said. “Being able to do a project like that on your own is really important and really prepared me for my master’s thesis.” Barnes was also grateful to be a part of a community with myriad identities and perspectives. “Just being in college with diverse people—people who cared about the world around them and who came from different walks of life—helped me open my eyes to what it means to be a good citizen and a good neighbor,” she said.
The biology major stressed the importance of critical thinking which she realized during her first semester at Wooster. “My First-Year Seminar was called ‘Aristotle and the Pursuit of Happiness’ and if you asked me if I wanted to take the course, I would’ve said ‘no way,” but it ended up being so interesting,” she said. “It made me think in a different way and made me read things I never would have read; still to this day, I have the books for that course, and I’ll go back and read from them.”
Acknowledging the current environmental situation, Barnes emphasized the important role that Wooster can play. “There’s lots of looming environmental crises right now so anything the colleges and universities can do to help with steering students in the right direction, building up their knowledge base in this skill set to make the changes necessary to have a stainable, livable planet are really important today,” she said. “We need to step up and make sure we are supplying that workforce.”
Above: In February, Chelsea Barnes ’07 lobbied the Virginia Legislature for a grant to develop renewable energy on former coal-mined land.