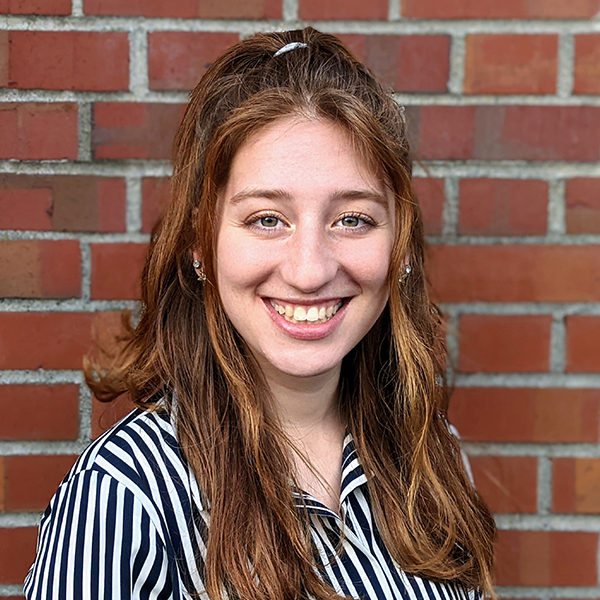 Name: Gracie Bouker
Major: Neuroscience
Advisor: Dr. Amy Jo Stavnezer
Two of my main research questions for this project were 1) To what extent aerobic exercise might ameliorate the symptoms of Alzheimer’s Disease (AD)? and 2) To what extent is the Morris Water Maze (MWM), a learning and memory task, hippocampally-dependent? My primary research interest excited me because 1) aerobic exercise, namely running and walking, are free and accessible to the vast majority of any population and 2) wellness and health are key in my every life, so much so that I have chosen to pursue as a career centered around rehabilitation. Although the results for my first research question fell short due to some limitations of my study, the results for my second research interest were fascinating: 1) by the end of the fourth day of testing, less than half of the mice used their hippocampus to solve the MWM, and 2) around 20% of mice short-cut cognitive resources by solving the MWM without using their hippocampus, yet with the same efficiency as mice who were using their hippocampus. The MWM is widely accepted as a hippocampally-dependent task, but in context of my second research question, I concluded that the MWM is only hippocampally-dependent if a hippocampal strategy is used—that is to say, less than half of the time. To understand how to best aid AD populations, we must seek to understand the comprehensive process of learning and not mere descriptors. We must think more critically about how we use the test, namely, what measurements we take and what those measurements mean.