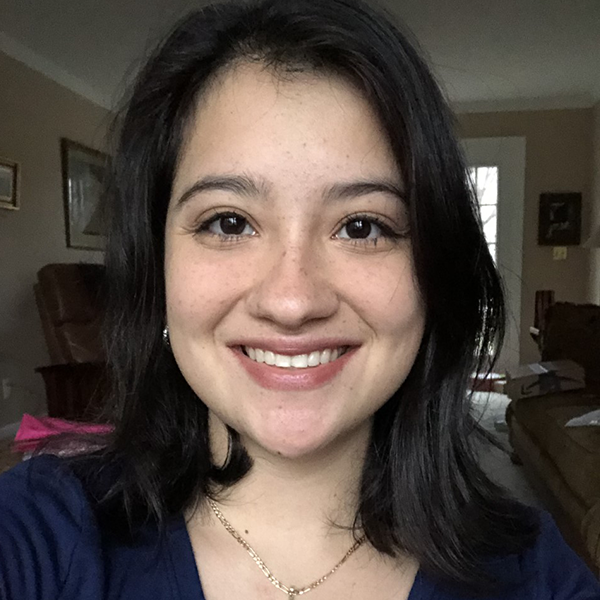 Name: Margaret Loarca
Major: Neuroscience
Advisors: Dr. Sharon Lynn
Dogs have evolved to coinhabit the same areas as humans. How and why dogs first came in contact with humans is still widely contested, but regardless, dogs are here to stay in society.Oxytocin promotes affiliative behavior in many vertebrates including dogs and humans. There are numerous studies showing that when an owner and dog spend time together, their oxytocin levels increase. This can be a petting session or a human and dog gazing at each other. However, not all dogs are the same –dogs have varying personalities that impact their behavior. This study investigated three ideas:1) how dogs with varying personalities behaved when they met a stranger; 2) if there was a variation in the dogs’ behavior if the stranger acted aloof or friendly; and 3) if there were any consistent changes in oxytocin when the dogs met the stranger. To determine the dog’s personality, owners completed the Canine Behavioral Assessment and Research Questionnaire (C-BARQ). Depending on the treatment, the stranger either (1) approached the dogs in a friendly manner by calling to the dogs and actively encouraging the dogs to be pet or (2) acted in an aloof manner by ignoring the dogs unless they came to the stranger’s side. With both treatment groups, the owners were close by, but could not pet or talk to their dogs. Dogs who were not attached to their owner and in the aloof treatment group, looked and glanced at the stranger significantly more often than dogs who were attached to their owners and in the friendly treatment group. In addition, the not attached dogs in the aloof treatment stared at neither their owners nor the stranger for a longer time than any other group, and significantly more than either the dogs that were not attached or the dogs who were attached to their owners and received friendly treatment. I measured salivary oxytocin by ELISA, but did not find any changes in oxytocin based on the dog’s personality type or treatment group. This research has future implications because it shows that a dog’s personality affects how they act with a stranger and that how strangers acts affects dog behavior.