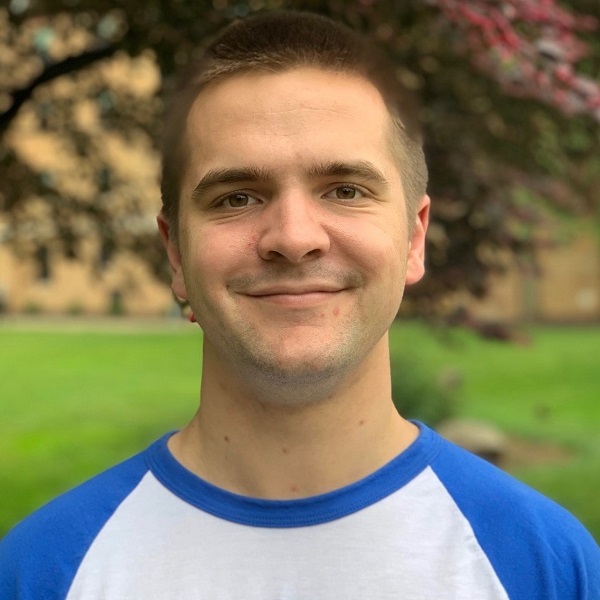 Student Name: Andrew Kunkel
Major: Physics
Minor: Mathematics
Advisor: Cody C. Leary, Second reader: John F. Lindner
In this thesis we model two-photon interference with a nonlinear sample in a Mach Zehnder interferometer to calculate a coincidence signal that can be compared with ongoing experimentation. Specifically, we use entangled biphoton states created by Type I collinear spontaneous parametric down conversion that give valuable symmetries that simplify the formalism. The interferometer constrains the input state to enter the apparatus through one entrance of a beam splitter allowing for a more intuitive model for the sample interaction. The experiment is first modeled using a black box method, with the techniques used then applied to each part of the interferometer one by one. We complete the model with an expression for a particular coincidence signal Rcc that is constructed from three terms, one for the linear interaction contribution to the signal denoted R0 and two for the nonlinear parts R1 and R2. In this analysis, only the R2 contribution was successfully evaluated. We implemented a second order Taylor expansion to approximate the unknown nonlinear susceptibility of the sample χ(3) to evaluate R2. The evaluation of R1 and the quantitative com- parison of both R1 and R2 to ongoing experiment is left to future researchers.