Why major in physics at a liberal arts college like The College of Wooster?

Using the language of mathematics, physicists try to understand the patterns and rhythms of nature, from atoms to galaxies. Majors can take their careers in a lot of directions after graduation. Majoring in physics at a liberal arts college like Wooster gives students the opportunity to learn in small classes and conduct original research under the guidance of faculty mentors. The multidisciplinary atmosphere at Wooster allows physics majors to double major or participate in a pre-professional program in preparation for graduate or professional schools. Many physicists work as engineers, and many engineers have physics degrees, but physics majors can be found in a number of fields. The problem-solving abilities and analytical skills provided by a physics education equip physics majors to work in schools and on college campuses, in corporate settings and government labs, in the astronaut corps, or even on Wall Street. Many graduates make their way to top-tier graduate or professional programs to build careers in research, law, and more. Wooster ranks sixth among U.S. institutions where women doctorate recipients in the physical sciences earn bachelor’s degrees according to a 2019 report published by the Council of Independent Colleges based on data from the National Center for Education Statistics and National Science Foundation.

Physics at The College of Wooster

With one-on-one guidance from a faculty mentor, each physics major has the opportunity to experience the excitement and rewards of a year-long research project, culminating in a senior independent study thesis. The labs and facilities at Wooster range from a state-of-the-art computer-based lab for introductory physics courses to a scanning probe microscope used in student and faculty research. In the past, three Wooster physics majors have been selected as finalists for the American Physical Society’s national LeRoy Apker Award for outstanding undergraduate research in physics, as a result of their senior independent study work. In addition, seven students won the Barry M. Goldwater Scholarship for college sophomore and juniors and five students won a Graduate Research Fellowship Program Award from the National Science Foundation, which provides three years of support for their graduate education. 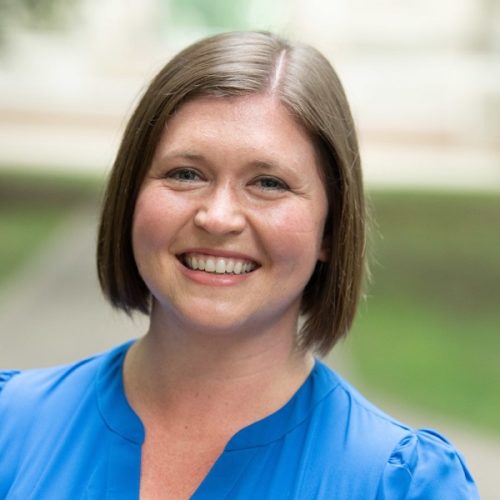 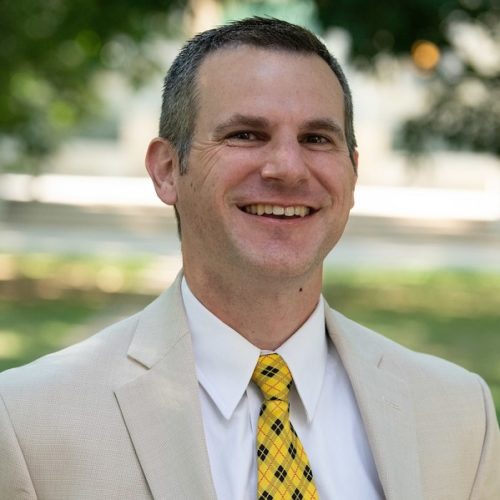 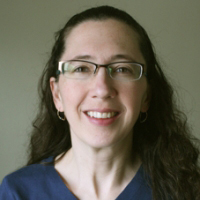 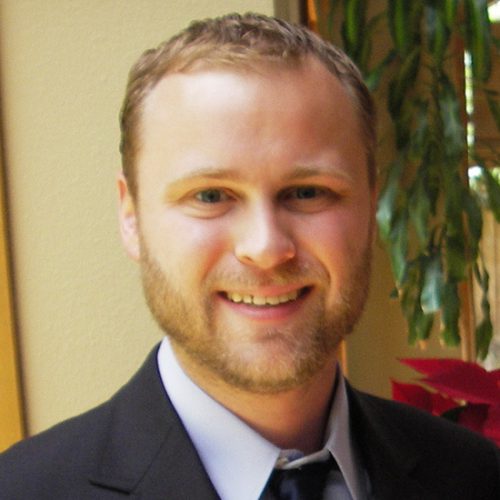 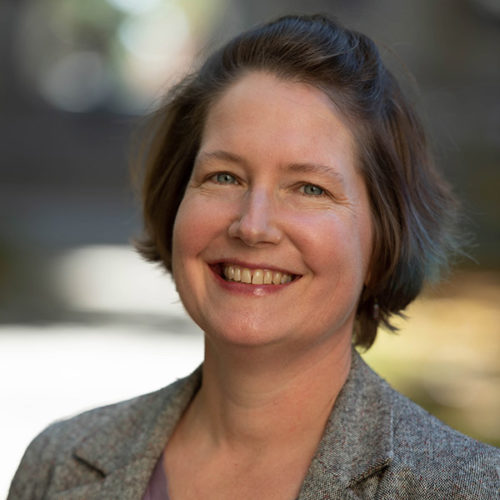 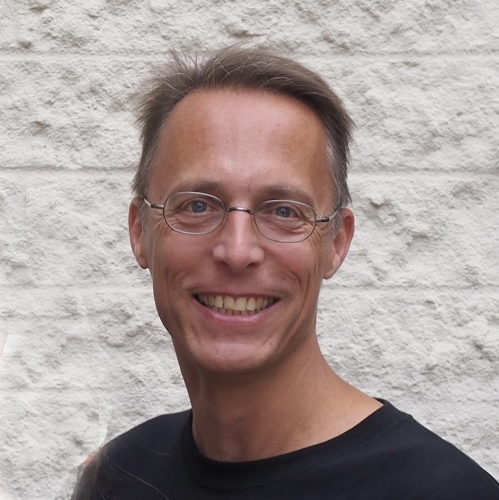 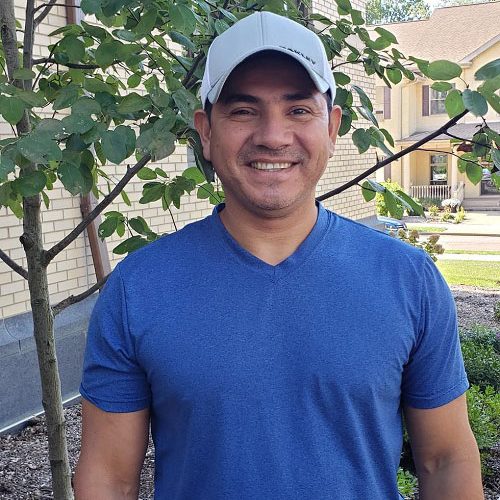 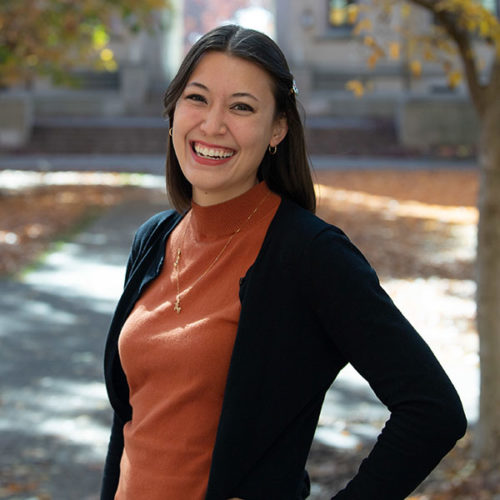 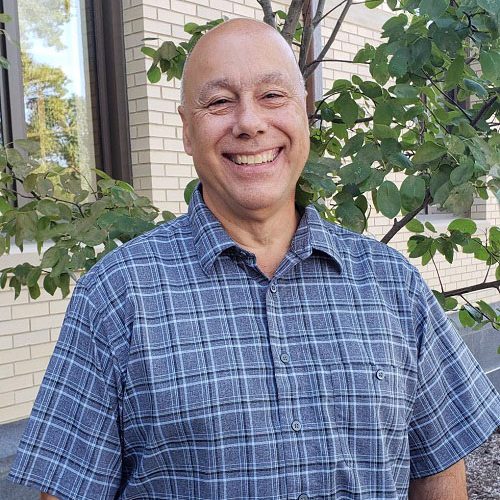 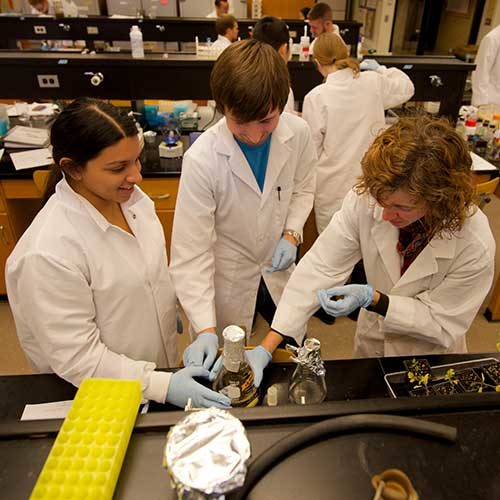 The College of Wooster has received a grant of $475,000 from the Howard Hughes Medical Institute Inclusive Excellence 3 (IE3) initiative for work over […] 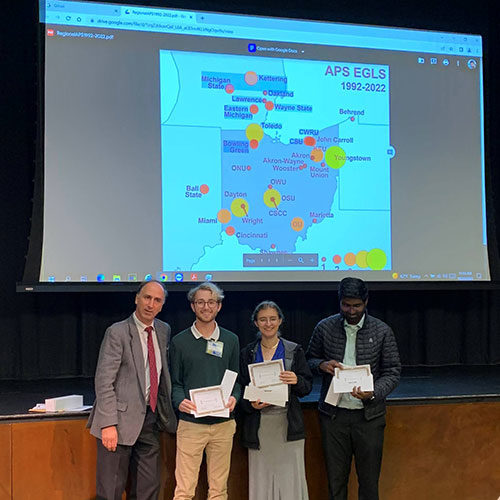 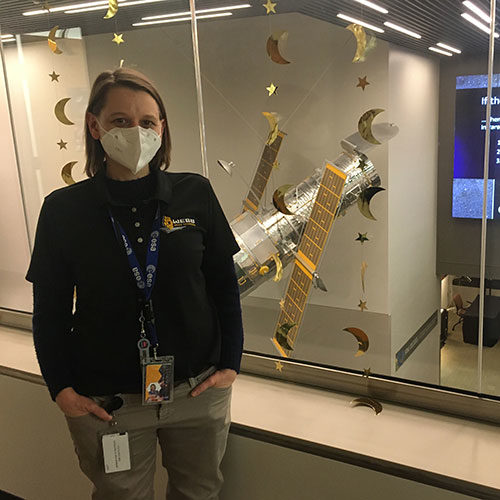 Kirsten Larson ’08 knew that she wanted to study science and do research. When attending The College of Wooster, she chose to major in […] 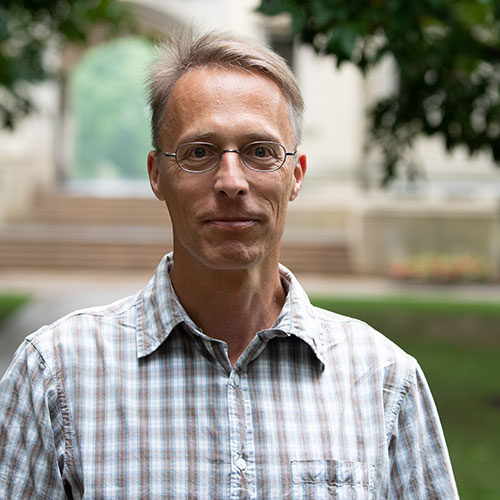 Niklas Manz, associate professor and department chair of physics at The College of Wooster, recently co-authored an article in Chaos: An Interdisciplinary Journal of […]

A Physics major provides a rigorous grounding in the scientific process and a firm scientific understanding of the world. It fosters critical thinking and provides broad practical training in science and technology. It can lead to graduate study and basic research (in a variety of disciplines), to stimulating jobs in industry, or to challenging and rewarding careers in teaching. Our faculty is engaged in original research, and our students are drawn early into collaborative research projects with faculty.

Fifteen courses in math and physics are needed to complete the requirements for a physics major.

Chemical physics provides an interdisciplinary approach to the fields of chemistry and physics using mathematical techniques. The major allows students to explore the interface between chemistry and physics by studying structure, surfaces, bonding, atoms and molecules. By combining the methodologies and knowledge of physics and chemistry, many intriguing scientific questions can be addressed by a student with a strong predilection for mathematics and the physical sciences.

Six courses in math and physics are needed to complete the requirements for a physics major.

The yearlong senior thesis project, or senior Independent Study (I.S.), allows you to experience the beauty and cohesiveness of physics by working on an extended project closely with a faculty advisor. There are few projects, even though narrow in scope, that do not require a breadth of understanding and a dependence on the lecture and laboratory material covered in the major courses. Thus, the senior thesis is an integral part of your education. It can provide a stimulating climax to your college career while, at the same time, it can be a defining introduction to your profession. 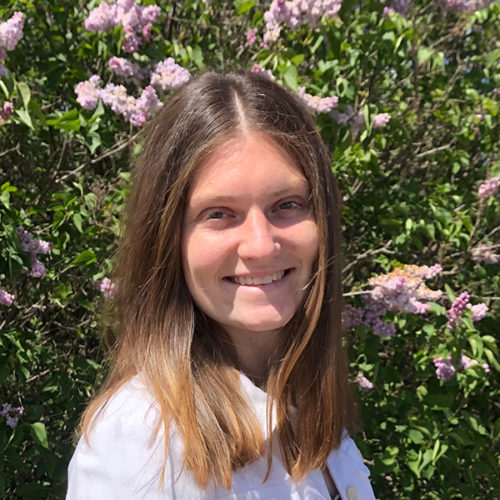 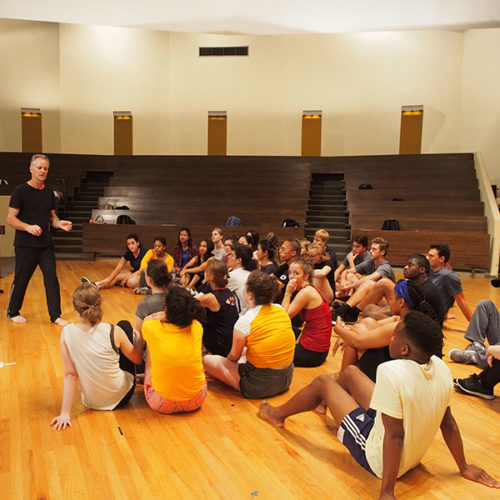 The multidisciplinary atmosphere at Wooster allows physics majors to double major or participate in a pre-professional program in preparation for graduate or professional schools. Many physicists work as engineers, and many engineers have physics degrees, but physics majors can be found in a number of fields. The problem-solving abilities and analytical skills provided by a physics education equip physics majors to work in schools and on college campuses, in corporate settings and government labs, in the astronaut corps, or even on Wall Street.

Kirsten Larson ’08 knew that she wanted to study science and do research. When attending The College of Wooster, she chose to major in […] 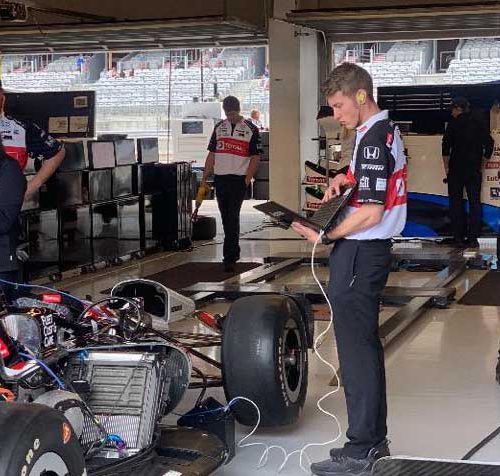 Physics majors reflect on their time at the College and how their I.S. and liberal arts education prepared them for their motorsport careers. 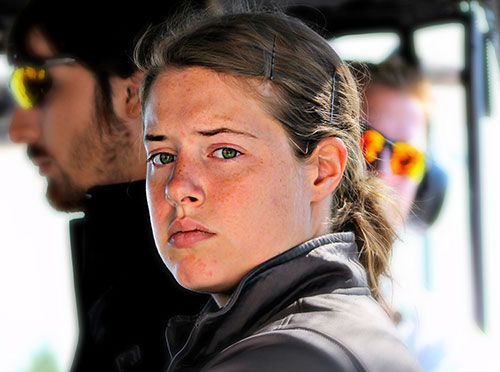 Danielle Shepherd was just seven years old when she attended her first IndyCar race with her family.

The Ann C. Mowery Endowed Scholarship was established in 2018 with a gift from Ann C. Mowery, a chemical physics major and member of the Class of 1982.  Ann established this endowment in honor of her parents.  First preference is given to a senior physics major who has demonstrated the most improvement and growth in analytical studies over their final years at Wooster, as judged by the Physics Department faculty.  Income from this endowment will be awarded to a senior student who has demonstrated a genuine love of doing physics, creative thinking in a research project, and who intends to pursue a career in science, engineering, medicine, entrepreneurship or education. The scholarship will be given at the annual recognition banquet.

The Karl T. Compton Endowed Scholarship is the gift of the Alfred P. Sloan Foundation. It is awarded each year to a member of the sophomore class who has demonstrated ability in mathematics and in physics, and who gives evidence of continuing interest in these subjects. The scholarship is awarded for both the first year and sophomore year.

The Mahesh K. Garg Prize in Physics is awarded annually to an upper-class physics major who has displayed interest in and potential for applying physics beyond the classroom and is judged to have the traits for using science to serve society.

The Joseph A. Culler Prize in Physics, established in 1942, is awarded to the first- or second-year student who has attained the highest rank in general physics.

The Arthur H. Compton Prize in Physics is awarded to the senior physics major attaining the highest standing in that subject.

The Koontz Endowed Fund will provide financial support to Wooster students who are engaged in experimental physics research projects.

The LeRoy Apker Award recognizes outstanding achievements in physics by undergraduate students, and provides encouragement to students who have demonstrated great potential for future scientific accomplishment. About six finalists are chosen each year (and two awards are presented, one to a student from a Ph.D. granting institution, and one to a student from a non-Ph.D. granting institution).

The Barry M. Goldwater Scholarship provides a continuing source of highly qualified scientists, mathematicians, and engineers by awarding scholarships to college students who are US citizens or permanent residents and intend to pursue careers in these fields. Awarded annually to about 300 college sophomores and juniors nationwide, colleges and universities are allowed to nominate only four of their undergraduate students per year.

The purpose of the National Science Foundation Graduate Research Fellowship Program (GRFP) is to help ensure the quality, vitality, and diversity of the scientific and engineering workforce of the United States. The program recognizes and supports outstanding graduate students who are pursuing full-time research-based master’s and doctoral degrees in science, technology, engineering, and mathematics (STEM) or in STEM education. The GRFP provides three years of support for the graduate education of individuals who have demonstrated their potential for significant research achievements in STEM or STEM education. 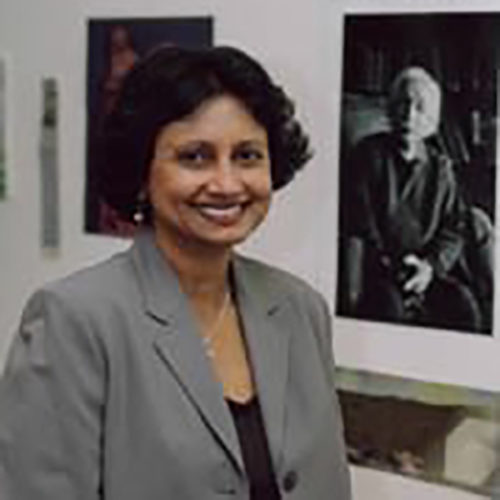 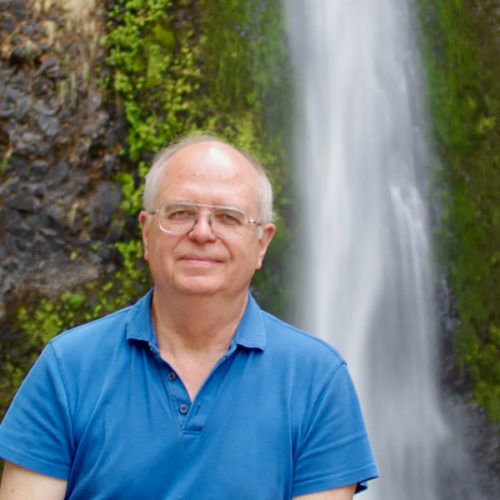 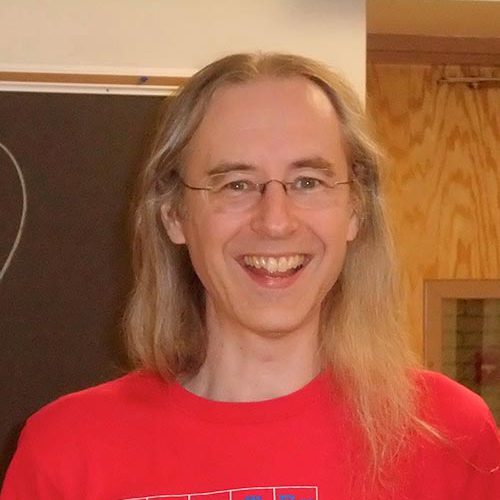