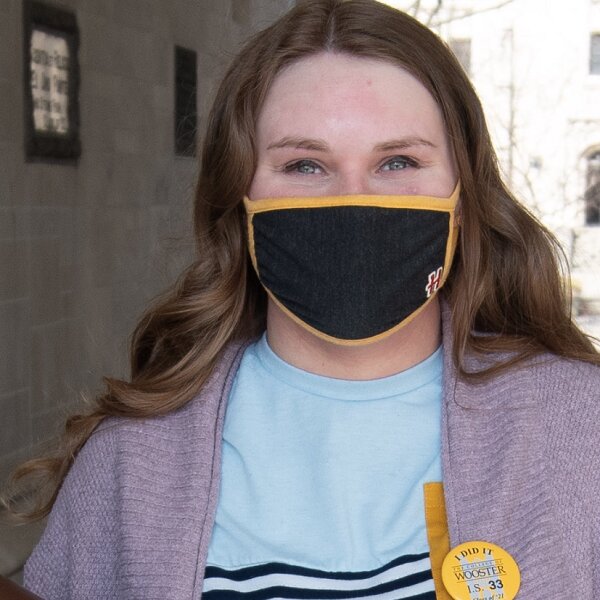 Student Name: Kate Evans
Major(s): Neuroscience
Advisors: Dr. Seth Kelly and Dr. Rebecca Williams. Second Reader: Dr. Erzsébet Regan
Neurodegenerative disorders affect millions of people in the world every year. One widely studied neurodegenerative disorder is Alzheimer’s Disease. Alzheimer’s Disease (AD) can be characterized by tau tangles, which are formed from the hyperphosphorylation of tau protein in a neuron. Many factors can contribute to AD, and previous literature suggests that proper sleep may play an important role in preventing the onset of AD. This study aimed to find a relationship between sleep deprivation by using transgenic Drosophila that were manipulated to carry the human tau protein. The Drosophila were then sleep deprived to search for an increase in tau protein. The tau protein was quantified using western blotting techniques, and activity monitors tracked the movements of Drosophila to investigate the impact of the transgene on the sleeping patterns. The study discovered that flies transgenic for AD slept less. The transgenic Drosophila also showed that they had a larger amount of tau protein, but this was not significantly shown through the data. This study provides a strong basis to further investigate the connection between AD and sleep deprivation in Drosophila and other model organisms. The finding of this study should be considered to help avoid the onset of Alzheimer’s Disease.