“The Bliss Of Solitude”: In Search of Fulfilled Single Characters in Seventeenth through Twentieth Century Anglophone and Francophone Literature 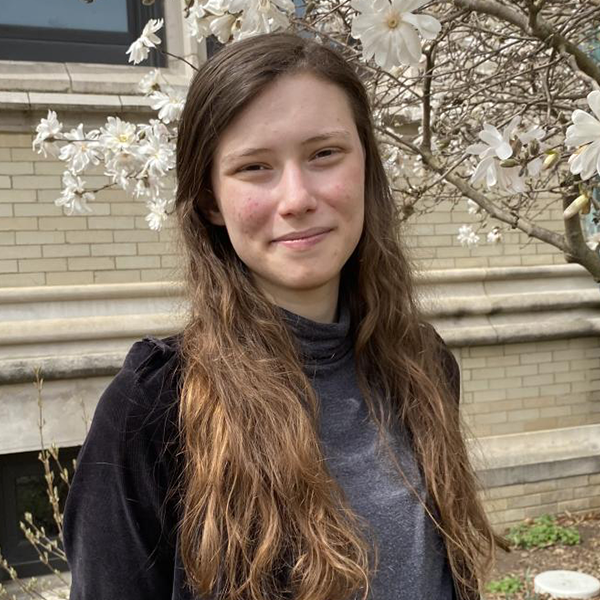 Name: Annabelle Vosmeier
Majors: English, French and Francophone Studies
Advisors: Dr. Claire Eager, Dr. Laura Burch
This study analyzes the representations of single women in British and Francophone novels from the seventeenth to the twentieth century, focusing on their ability to see themselves as full and complete people outside of marriage or, conversely, on their inability to move away from old maid or vieille fille stereotypes. I examine both younger and older women and find that they can be divided between those who accept and even celebrate their role as single people and those who are not allowed by their narratives to do so. In my first chapter, focusing on Estella Havisham and Marian Halcombe, I examine the relationships between marriage and spinsterhood in two Victorian novels, Great Expectations by Charles Dickens and The Woman in White by Wilkie Collins. Next, I study two young women who initially identify as single people but decide to marry: Emma Woodhouse from Jane Austen’s Emma and Harriet Vane from Dorothy Sayers’s Gaudy Night. In my third chapter, I move to the French tradition, beginning with Madeleine de Scudéry’s Sapho character and Françoise de Graffigny’s Lettres d’une Péruvienne, continuing with Honoré de Balzac’s representations of single women, and finishing with the novel Amour by Marie Vieux-Chauvet, which centers on Claire Clamont, an unmarried woman. Finally, in my fourth chapter, I look at older women who identify as fulfilled single people, examining Emma’s Miss Bates, Laura Willowes from Sylvia Townsend Warner’s novel Lolly Willowes, and the three central spinster characters, Miss Clare, Miss Davis, and Miss Read, from Dora Saint’s Fairacre series. Using Elizabeth Brake’s theory of amatonormativity, I argue that these characters provide both evidence for the cultural centrality of marriage and a new vision of alternatives.