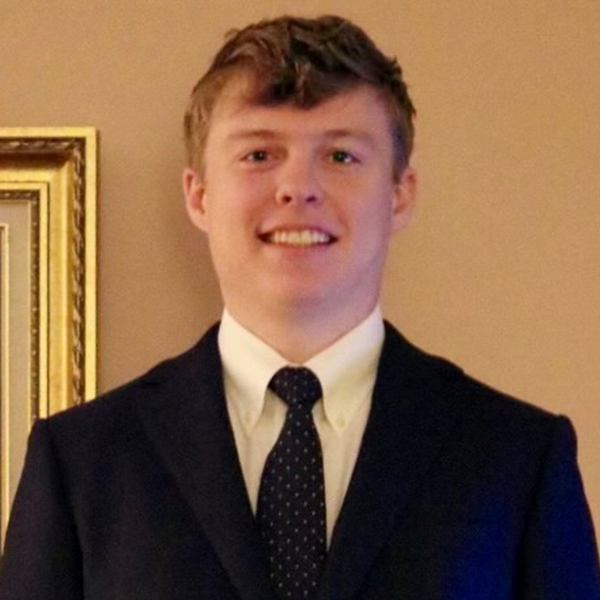 Name: Beau Greenwood
Major: Communication Studies
Minor: History
Advisors: Denise Bostdorff, Ph.D., and Michelle Johnson, Ph.D.
The purpose of this study is to determine the rhetorical characteristics of Penzeys Spices’ Facebook ads that were explicit political advertisements opposing President Donald Trump. More specifically, I examine messages by Penzeys Spices that supported his impeachment in 2020. This study uses the method of generic criticism to find similarities among messages. In order to find the similarities, I chose a total of four Penzeys Spices explicit advertisements. I analyzed these four advertisements to identify the recurring similarities within Penzeys Spices explicit advertising. The language within the advertisements and comment section of these advertisements allowed me to see how Penzeys Spices used Brand Alignment and Brand Identity.One major conclusion found from my study is how Penzeys Spices justified its use of explicit political advertising. In its ads, Penzeys Spices pointed to a crisis, instigated by Donald Trump, that demanded the company respond. In contrast, Penzeys Spices depicted both the company and its CEO as heroic, principled, and compassionate. This is important because it further illustrates that the company’s explicit advertising is acting out of good faith rather than looking for controversy. Penzeys connects their brand with their consumers through promotions that are used as a tool to align and identify with their audience. An example of these promotions is the “V for victory pin”.Based on the conclusions, implications, and limitations found within this study, I can see several options for future research. One possibility for future research could be to analyze the audience’s reception of any future explicit Penzeys Spices’ advertisements.