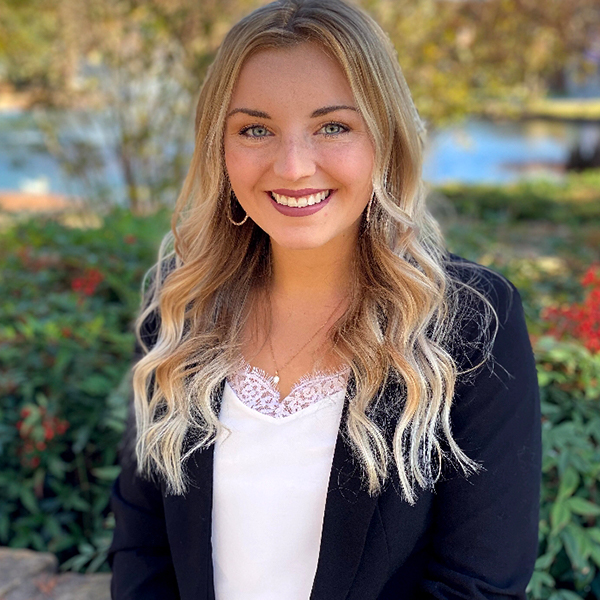 The College of Wooster Alumna Harley Layman ’19 was recently selected as one of four doctoral candidates to be sponsored under a $1.75 million training grant from the National Institutes of Health (NIH). The program works to attract historically underrepresented doctoral students to careers in biomedical research.

The five-year Graduate Research Training Initiative for Student Enhancement (G-RISE) grant is administered by the National Institute of General Medical Sciences, one of the 27 institutes and centers within NIH. As a G-RISE trainee, Layman will receive a 12-month research stipend that may be renewable up to three years, plus travel support and a portion of fees that will be covered.

Layman studied psychology at Wooster, and is now working toward a Ph.D. in clinical psychology at Oklahoma State University (OSU). Her current research involves the relationship between body image, related eating and exercise patterns, and other health outcomes (e.g., cognitive function later in life). She calls it “extremely exciting” to be selected for this opportunity.

“As a first-generation college student from a rural, low-income area, I didn’t expect to be in a doctoral graduate program, let alone being an NIH-funded trainee so early in my career,” said Layman. “I am thrilled that this program exists to help shape people like me into successful, independent researchers.”

Layman’s research experience began during undergrad, when she worked for Dr. Bryan Karazsia, professor of psychology, as part of the Sophomore Research Assistant Program. “Harley was an outstanding contributor to the lab,” boasted Karazsia. “She demonstrated genuine interest, curiosity, and independence. I could trust her from very early in her experience to carry-out lab tasks with precision and integrity.” The position not only exposed Layman to research for the first time — it sparked a passion for body-image related areas of study.

Karazsia reiterated the importance for faculty and students to collaborate on projects outside the classroom. He said the student gains experience while testing out their interests in a specific field. “Harley leveraged the benefits of her experience and turned it into another research opportunity in a different lab over the summer, and then she never stopped,” said Karazsia. “Next thing you know, the NIH is funding her graduate studies at Oklahoma State!”

The mentoring relationship between Layman and Karazsia was key for the now alumna. “Bryan was the first person who understood what my career goals were, and took the time to help me build the skills necessary to achieve them,” recalled Layman. Karazsia also guided her through the graduate school application process.

Layman said she hopes to support future students the same way Karazsia supported her and many others. “I am looking forward to mentoring future G-RISE cohorts at OSU to help other students from disadvantaged backgrounds advance their skill set and achieve things they didn’t think were possible for them,” said Layman.