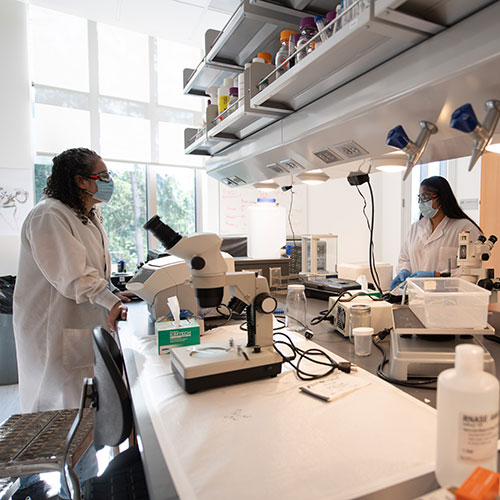 Laura Sirot, professor of biology at The College of Wooster, published research on the reproductive biology of the Mexican Fruit Fly with a group of other researchers from the U.S., Mexico, Guatemala, and Argentina in a special issue of the Proceedings of the Royal Society of London titled “Despite COVID: showcasing new research in evolutionary biology from academic mothers and caregivers.” Sirot, whose research uses studies of reproductive biology to address applied problems, says the project that began during her research leave to Mexico in 2014 continues to impact the way she approaches hiring and working with students in her lab.

During her time in Mexico, Sirot collaborated with Diana Perez-Staples of the Universidad Veracruzana and Martín Aluja of the Instituto de Ecología, to study Anastrepha ludens, commonly known as the Mexican fruit fly, a highly destructive agricultural pest. By identifying and studying the proteins transferred by males to females during mating they can predict potential functions of these proteins in mated females. Sirot noted both the benefits and harm insects cause and humans’ history of using broad scale insecticides that kill all insects and harm other species (see more on this in this recent story about Wooster’s commitment to nurturing native pollinators in the community). The challenge Sirot and her colleagues’ research hopes to address is how to control the harm done by insects without hurting the other insect species that are either beneficial or neutral.

“More recently, there has been interest in biological control using other species (for example, predators or parasites) or even the pest species’ own biology to control its reproduction and population size,” said Sirot. “Proteins transferred by males to females during mating (called seminal fluid proteins) impact female lifespan and reproductive output in many species of insects. Therefore, if we identify these proteins, we may be able to develop species-specific approaches to control the populations of particular pest species without affecting other species.”

When logistics stalled their research in Mexico, Perez-Staples continued to work with her students on the project while Sirot advised from Wooster, and they collaborated with researchers from Universidad Veracruzana, the Institute of Ecology in Mexico, and the Ohio Agricultural Research and Development Center, forming a diverse group of researchers working on this project from Mexico, Guatemala, Argentina, and the U.S. Throughout the COVID-19 pandemic, they interacted via email and Zoom calls to analyze data and write the paper. Along with other scientists on the project, Sirot, a mother of a 10-year-old and 14-year-old, struggled with the responsibility and time consumption of home schooling as well as anxiety and lack of social contact for children learning remotely. She also cared for her mother with dementia living in assisted living, with frequent visitations to have her memory retained through the pandemic and worry of outbreaks in group facilities. Many of the researchers also taught remote or hybrid classes, requiring more time to prepare, and helped support students struggling through the impacts of the pandemic. The Royal Society selected theirs as one of about 30 papers included in the special issue of the journal.

“As a result of working with scientists in multiple countries, I have come to more greatly appreciate the value of having a diverse team of scientists in terms of promoting great science and innovative thinking,” Sirot said, explaining how the project changed her approach to hiring and working with students with whom she researches and mentors. “I have intentionally worked to have a very diverse group of students and other researchers in my lab group, including many aspects of identity including race, gender, nationality, sexuality, religion, socioeconomic status, and ways of thinking.”

Photo: Sirot works with student Dhwani Parsana in her lab at Wooster during the COVID-19 pandemic. 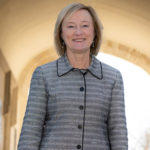 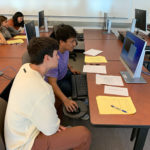 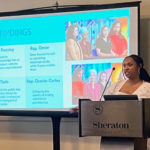