German Studies at The College of Wooster

Students embarking on a journey to study another language share a profound curiosity, an open mind, and a desire to connect with people and cultures. Learning and using a language other than your own is not only key to building a deep understanding of a culture; it is fundamental to being able to navigate an interconnected world and engaging with its people. Learning another language also leads to a greater understanding of yourself. An integral part of Wooster’s commitment to global engagement, language study gives you the skills and confidence to articulate ideas and communicate across geographical boundaries and academic disciplines. Through the study and research of German, you will be able to become engrossed in the texts and contexts of western Europe’s most widely spoken native language. In addition to learning the structures, vocabulary, and idiosyncrasies of the German language, students explore historical, linguistic, political, and cultural features of German-speaking regions in all our courses, from beginning language to upper-level seminars, via history, theater, film, literature, journalism, and social media sources, among others. All German majors complete an Independent Study under the one-on-one mentorship of a faculty member on a topic of their interest in their senior year.

What can I do with a major or minor in German Studies?

From 2000-2021, seventeen (17) graduates with German majors or minors from Wooster have been granted Fulbright teaching assistantships in German-speaking countries after graduation. Many have extended their Fulbright after their first year to an additional year.

Some Wooster German majors have even chosen to pursue graduate school in Germany or Austria, in fields such as astrophysics, anthropology, transcultural communications, and gender studies. In the U.S., Wooster German Studies graduates have pursued graduate degrees and careers in areas such as library science, German Studies, law, education, business, chemistry, medicine, and biology.

Outside of class, German Studies students quickly become participants of our close-knit community of German learners. The smaller size of our program makes it possible and enjoyable for professors to engage with students individually by advising, mentoring, and guiding them through their studies, as well as to be available when they practice their German informally. German faculty participate regularly in our weekly lunch table (Stammtisch) in the dining hall and during coffee hours (Kaffeestunde) in Luce Residence Hall, together with the Austrian Fulbright language assistant hired each year, to engage in casual conversation in German. Many German students choose to live in the German Suite in Luce Hall, an attractive residence hall with suite-style living designed specifically for language learners. The Global Café, a large, modern space with a kitchen, stage, comfortable reading and screening spaces on the garden level of Luce Hall, serves as a gathering place for international and domestic students interested in creating a global community on campus.

German majors and minors are strongly encouraged to spend time overseas to improve their fluency in German and to immerse themselves in everyday living in German-speaking countries. Most students plan to study abroad either in the spring of sophomore year, or during their junior year. Wooster offers semester-long programs for beginning, intermediate and advanced students in Germany and Austria. Our endorsed options for semester or yearlong study abroad include a variety of programs run by IES in Berlin, Freiburg, and Vienna, the Macalester College Program in Berlin and Vienna, and the Wayne State University JYM program in Munich. For those who are unable go abroad for a longer period, we offer a faculty-led TREK in Freiburg, Berlin, and Lüneburg, which is focused on language learning and sustainability. The TREK, which is led by two Wooster professors, is open to all students who have completed a minimum of 2 semesters of college German, or its equivalent.

The Department of German and Russian Studies is committed to promote the principles of diversity, equity, and inclusion that have long been central to the College of Wooster’s mission. In-depth study of a language and culture other than your own is a fantastic step towards building empathy with others and fostering a commitment to diversity. In our coursework, in readings, films, and in class discussions, we strive to create an inclusive curriculum and environment that honors and respects the voices of marginalized people. Through the study of the many diverse populations and views that exist in German-speaking countries and by challenging assumptions and stereotypes, we seek to create connections between the courses’ subject matter and students’ and faculty members’ own diverse experiences. We remain mindful of the differences of power that exist between course participants, and to this end, we accommodate different learning styles. We aim to instill and nurture in our students and in ourselves an excitement about crossing boundaries, engaging with others, and exercising critical self-awareness.

The Global Cafe, located in the lower level of Luce, is a place for socializing, learning about other cultures, and enjoying the company of other language learners. 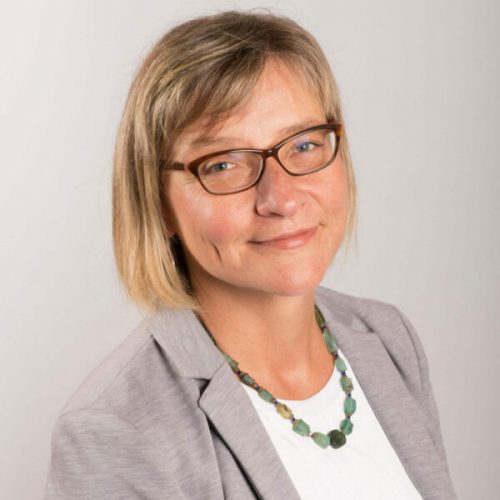 Professor and Department Chair of German and Russian Studies 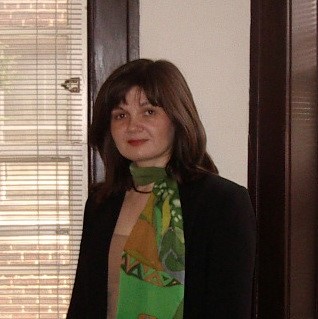 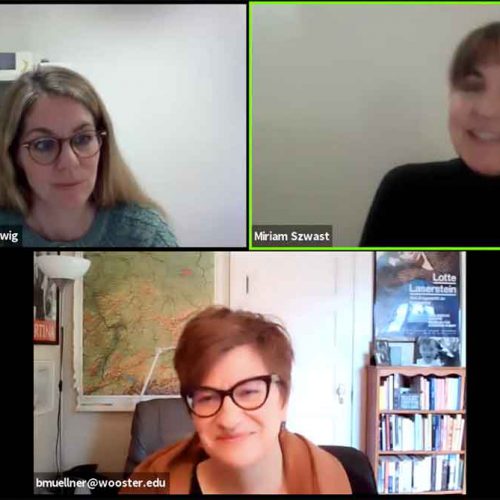 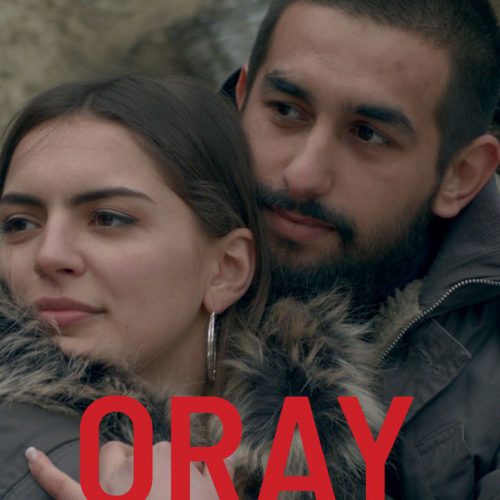 Oray will be the third film shown in the German Film Screenings series on Sunday, Nov. 3, at 7:30 p.m., in Gault Recital Hall […] 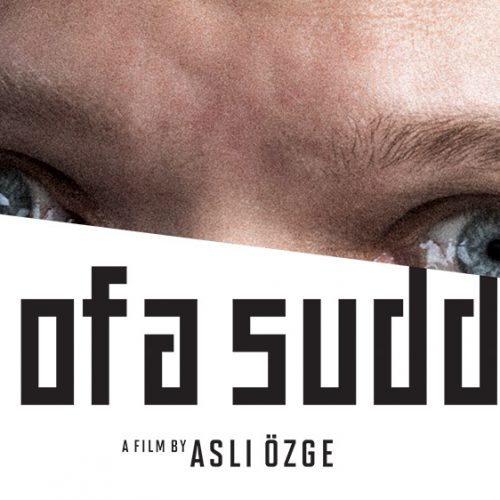 German Film Screening of "All of a Sudden" 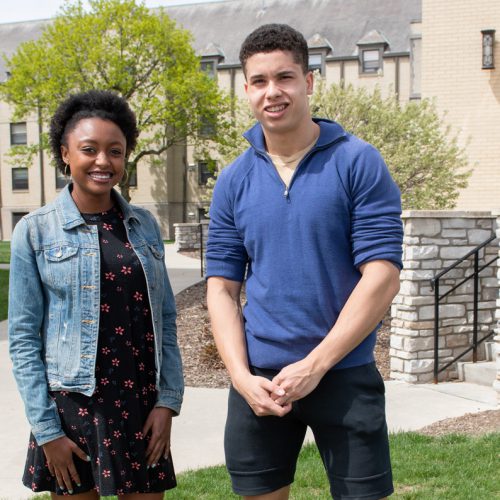 A major in German Studies consists of 11 courses, with options that include language acquisition, literature and cultural exploration.

A minor in German Studies can be achieved through completion of six courses in German language and literature.

A double major with German and Music, Sydney Barger (’21) explored the history of her German-American family in her I.S. project entitled, ““It Can Happen Here”: The Rise and Fall of the German American Bund, the American National Socialist Movement of the 1930s and its Meaning in Modern Media.”

Teagan Robinson (’19), a double-major in Philosophy and German, worked her passion for animal rights into her I.S. entitled “Beyond Bratwurst: Animal Ethics in Germany and the United States.”

Communications and German double major Brigitte Galauner (’18) wrote about her fascination with fairy tales in her I.S. entitled, “An Analysis of Filmic Adaptations of the Brothers Grimm Tale “Schneewittchen” in Postwar Germany.”

Alex Day (’17) combined his BCMB major with German in a joint I.S. that explored genetics using CRISPR technology and the history of the eugenics movement during the Nazi era, using science fiction as his lens. 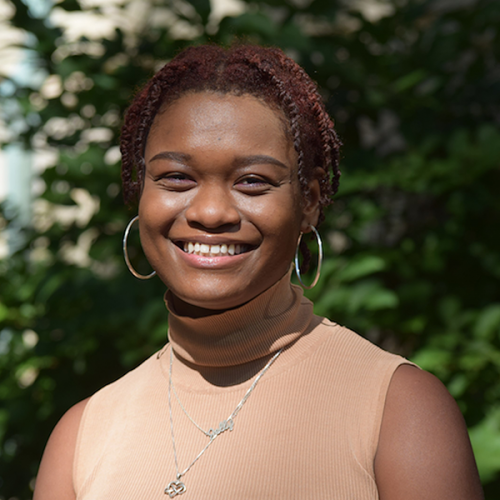 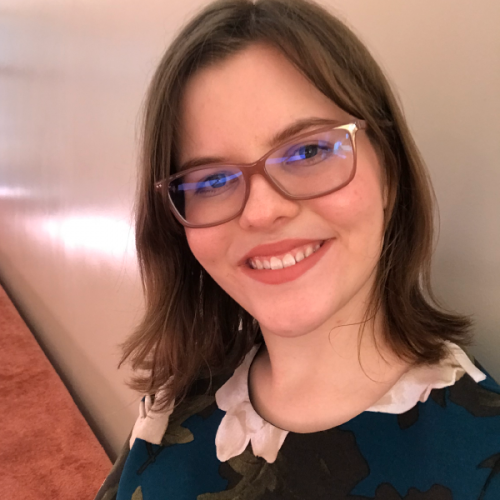 “It Can Happen Here”: the Rise & Fall of the German American Bund & the 1930s American Nazi Movement and its Interpretations in Modern Media

Sydney Barger (’21) double majored in German and Music. She was granted an USTA (Fulbright) Assistantship and will spend the 2021-2022 school year working in Linz, Austria.

Handeul Son (‘21) studied German while pursuing his Physics major. During his senior year, he remained in South Korea due to Covid restrictions, but successfully attended classes remotely at Wooster. In February, he passed the Goethe Institute language proficiency exam (A2 level) and has been accepted into the graduate program at the University of Munich in Astrophysics, which he begins in fall 2021.

Brigitte Galauner (‘18) was a German and Communication Studies double major. She completed her Master’s in Library and Information Science at Kent State and has begun a new position as a Reference and Librarian at Tiffin University.

Katherine Mandych (‘18) graduated with German and Spanish minors and a major in Anthropology. She spent two years as a Fulbright language assistant in Innsbruck, Austria and is currently pursuing a master’s degree in Anthropology at the University of Innsbruck. She is also the coach of the Innsbruck Women’s Basketball team.

Adrienne Reding (‘17) was a German and biochemistry and molecular biology double major. She received a Fulbright Teaching Assistantship in 2018 for Münster, Germany. She is currently pursuing graduate work in National and Transnational Studies at the University of Münster.

Angelo Melari (’17) was a German minor and Chemistry major. He received a Fulbright Teaching assistantship in the Steiermark in Austria, where he worked for two years. He is currently pursuing his PhD in Chemistry at the University of Illinois, Urbana-Champaign.

Jeffrey Janus (‘15) began studying German in his first year at the College and graduated with a German major. He was awarded a Fulbright Teaching Assistantship in Vienna, Austria and worked from 2017-2019 as a student-teacher. In 2020 he began his graduate degree in Gender Studies at the University of Vienna, where he currently lives and studies.

William Bolte (’15) was an International Relations and German Studies double major. He attended the University of Wisconsin-Madison and received his law degree in 2018 and currently works as an attorney.

Deepika Sundarraman (‘14 ) graduated with a double major in German and Physics. After Wooster, she worked became a physics intern at the Ruprecht-Karls University in Heidelberg and also lived in Bonn. She currently works as a Fellow at Teach for India in Hyderabad, India.

Kyle Schutz (’12) was a German major and a Biology minor. He worked in Linz, Austria for two years as a Fulbright language assistant and then attended the London School of Hygiene and Tropical Medicine. He became an epidemiologist at the Colorado Department of Health. He is currently pursuing his PhD in Ecology and Evolutionary Biology at the University of Colorado, Bolder.

The German Book Prize is awarded by the German Studies Department to a graduating senior for distinguished achievement in German courses and outstanding contributions to departmental programs.

The Donaldson Prize in Translation is awarded by the English department to the best foreign-language translation into English (the past two first place awards were given to German students).

The Sanborn Prize is awarded by the World Languages and Culture departments to the student who has improved their language and cultural competency skills the most through a study abroad experience.

The William I. Schreiber Scholarship was established in 1998 by friends and family. It honors William Schreiber, Gingrich Professor of German, 1937-1975. Mr. Schreiber founded and directed the Wooster-in-Vienna program from 1960-1985. The scholarship is awarded to students who demonstrate financial need, with a first preference given to those who are majoring in German or plan to study during their school years in a German speaking country. This scholarship is awarded at the annual Recognition banquet in February. 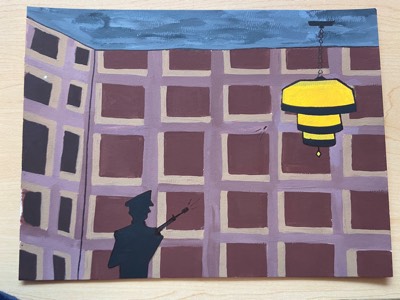 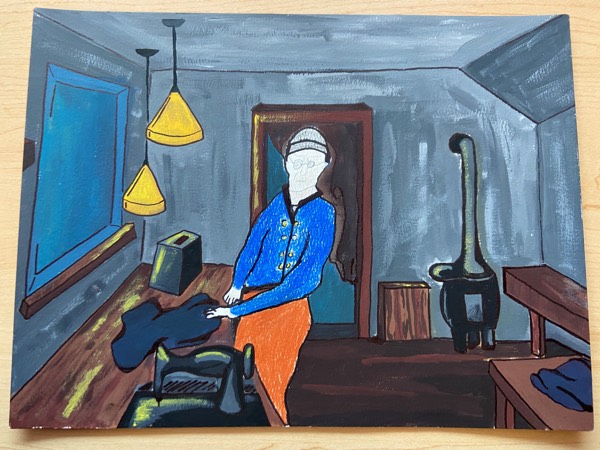