Contested Commemoration: The Relationship Between Politics and the Memorialization of the Second World War in Polish Literature, Cinema, and Museums (1945-Present) 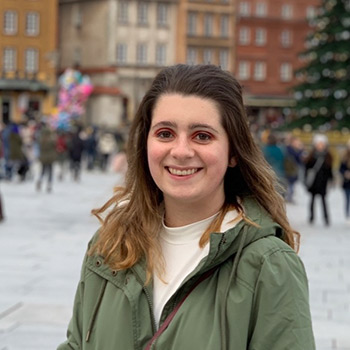 Student: Alexandria Joyner
Major: History
Minor: Education
Advisor: Dr. Greg Shaya
This study examines the relationship between politics and memory in Poland. I argue that the memory of the Second World War has changed radically over the last seventy- five years as the Polish government, in both the communist and post-communist periods, pursued a politics of memory. I build this argument by identifying three political turning points that caused the communist government to reevaluate their war narrative: 1945, 1956, and 1967. I include a fourth turning point, 1989, to show how post-communist Polish leaders adapted, but did not wholly challenge, the communist government’s narrative. I discuss Polish literature, cinema, and museums in four narrative chapters that align with the four political turning points. This study demonstrates how politics have the power to shape memory, determining the stories that are told and the ones that are suppressed. Poland’s memory struggle is not over and remains, even today, a site of political contestation.

My project, Contested Commemoration, looks at the relationship between politics and the memorialization of the Second World War in Poland. I use literature, cinema, and museums to examine this relationship.
I have always had a fascination with the history of the Second World War and Polish history. The politicization of memory in Poland is an ongoing phenomenon, and the relevancy of this issue contributed to my interest in pursuing this topic.
After the Second World War ended, Poland’s newly formed communist government created a narrative about the war that treated its end as a victory over fascism brought on by the Soviet Red Army’s liberation of Poland. This narrative would be revised in 1956, 1967, and again in 1989 as a result of political changes within the country.
In the immediate aftermath of the war, Polish authors turned to prose as a way to make sense of what they had just lived through. Zofia Nalkowska, for example, published Medallions (1946), a collection of short stories about the Holocaust. Her work, however, does not follow the communist government’s narrative about the Soviet Red Army as the great liberators.
After 1956, Poland entered the period known as de-Stalinization. A new government-approved narrative emerged from de-Stalinization that stressed all Poles had come together to expel fascism from the country. Previously censored topics, such as the 1944 Warsaw Uprising and the Home Army, found their way onto Polish screens as the Polish film industry grew.
In 1967, however, the narrative changed again after a speech by political leader Władysław Gomułka led to heightened antisemitism within Poland. Jewish stories were replaced by tales of Polish strength during the war. Polish filmmakers, fearing censorship, adapted to the government’s new narrative after 1967.
After communism fell in Poland in 1989, the post-communist government utilized the same tropes of Polish unity and Polish martyrdom established by the communist government, but no longer celebrated the Red Army as the liberators of Poland.
Museums have become a way for the post-communist government to solidify a new narrative, one that places importance on the Home Army and the 1944 Warsaw Uprising. Commemoration of the Holocaust continues to center on the fate Poles suffered, though recent scholarship by Polish historians like Jan Gross has tried to remedy this narrative.
Through my research, I determined that Poland’s memory struggle remains a contested issue as politics continue to shape memory.
Alexandria will be online to field comments on May 8:
2-4pm EDT (PST 11am-1pm, Africa/Europe: evening)