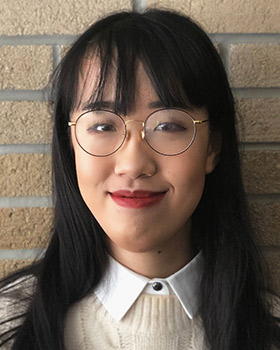 China’s national saving rate has been among the highest in the world. However, China’s national and household saving rate has been declining from its all-time peak in 2010. My Independent Study project will explore mobile payment, one of the major recent technological developments in China, and its effect on saving rates. This interdisciplinary project first includes a descriptive chapter that analyzes specific functions in the two largest mobile payment apps in China and considers how those functions may induce less savings. Then, after inspecting several theories and empirical articles that support my research question, a regression analysis using the probit model and the 2017 Global Findex Database will be presented. My main hypothesis is that mobile payment has a negative effect on savings of a relatively small magnitude. Although the empirical results do not support the hypothesis, a discussion of the implications of the analysis, how future policies should be made, as well as possible research directions is provided.

Hi visitors, thanks for reading my slide! This document is an abbreviated version of my notes that are the most important to understand my study. I included some extra notes (sources, etc.) in the notes section below the main slides in my PPT document if you are interested.
Slide 4: Historical evidence showed that people’s disposable income is highly subjected to the performance of the economy as well as how the population perceived the importance of saving. In addition, political fluctuation/shocks also might have had indirect impact on saving rate (1962-breakdown of great leap forward & people’s commune, etc.). Accessibility to a variety of technologies and financial services has also impacted consumers to make different saving decisions.
Slide 7: I want to analyze specific functions of the mobile payment apps that could move consumers towards more consumption (less saving). WeChat Pay and Alipay account for over 80% of mobile transactions in the Chinese mobile payment market as of second quarter, 2019. They offer series of functions that incorporate online payment into everyday offline scenarios and make spending more casual and quicker especially through the prevalence interpersonal transactions.
Slide 8: “Nudges” could incentivize consumers to perceive higher marginal utility in immediate consumption over future consumption. Because consumers smooth out their consumption over lifetime with a stable expected amount of aggregate wealth, more spending today means less saving today, or more spending in the future. Examples of nudges in mobile payment include digital red envelopes and QR codes, which consumers can associate them with payments easily.
Slide 10: My main hypothesis means that while I still expect mobile payment will decrease the probability of saving, the effect would be smaller than other control variables as I mentioned that saving is affected by multiple factors. For example, people with stable employment and more income could have more disposable income for savings, regardless of their mobile payment usership.
Slide 13: An ideal dataset for this project would be showcasing the extent of saving behavior (how much had each person saved through mobile payment), instead of asking “have you saved or not?”. More demographic details such as whether a participant resides in rural or urban areas, which could affect permeation of mobile payment and access to financial services, would be ideal. The Global Findex is only published once every three years, and 2017 is the first time the World Bank included mobile-payment-related questions.
Katie will be online to field comments on May 8:
10am-noon EDT (Asia: late evening, PST 6am-8am, Africa/Europe: late afternoon)