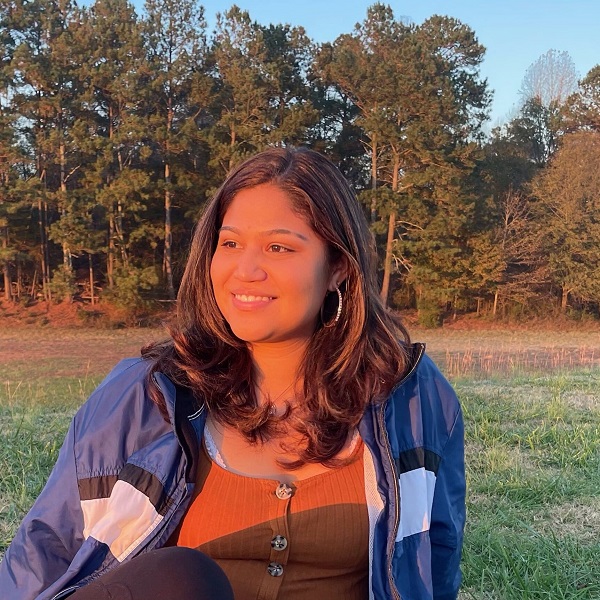 Student Name: Natalia E. Parra Diaz
Majors: Communication, Spanish
Advisor: Dr. Singh, Profesora Garonzik
The death of George Floyd, an African American man, in Minneapolis in 2020 sparked renewed protests for racial justice across the world, led by the Black Lives Matter (BLM) Movement. Coverage of these events permeated news outlets worldwide. Although the Latinx community showed more support for the BLM movement in this case than in previous years, much ground still needs to be covered if we are to attain a fuller understanding of the attitudes of the Latinx community in the U.S. towards African American people. To that end, this study examines the attitudes of Hispanic people in the U.S. towards the African American community and BLM. For the study, I conducted ten ethnographic interviews with Hispanic-Americans who are consumers of Spanish-speaking news media and were living in the United States from 2012 to 2020. The interviews were transcribed and analyzed using scholarly concepts from Communication Studies and Spanish Studies on the perceptions of race and ethnicity within the Latinx/ Hispanic community and the effects of news framing on perceptions of the African American community. I found that the Hispanic community strongly rejected umbrella terms, dissociated the Latino “Us” from the African American “Other”, and relied on children to educate immigrant parents about racial justice issues.