Stressed Is Just Desserts Spelled Backwards: An Investigation Into the Influences on Stressed Eating Behaviors in Undergraduate Students 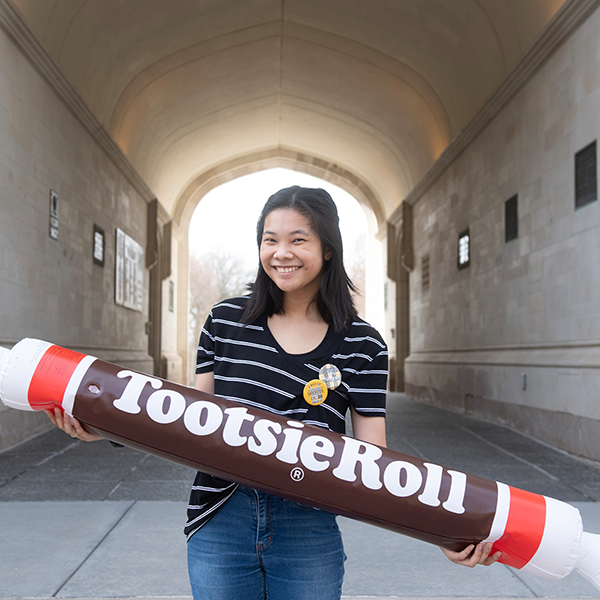 Student Name: Maya Rodemer
Major(s): Food and Nutrition Science (student-designed)
Advisor(s): Dr. Sharon Lynn, Dr. Tom Tierney
This study aimed to explore the relationship between stress, food choices, and eating behaviors, and describe any potential differences among genders in undergraduate college students. The research employed two distinct methods: 1) surveys; and 2) a controlled experiment. For the survey part of the study, participants filled out a survey twice, which asked about their current stress level, eating behaviors, and food choices. The experimental part of the study involved 36 participants completing a test with either positive or negative messaging before filling out a survey that asked about food choices.
Study 1 found significant relationships between number of stressors and food choices, and that the breadth of the relationship between stressors and food choices grew as stress levels increased. In study 2, no significant differences in food choices between positive and negative messaging groups were found. These results indicate that chronic stress is related to both food choice and eating behaviors, however, the results did not show that acute stress produced any effects in this study.
Further analyses found significant differences in food choices and eating behaviors among genders in the survey study. However, gender did not account for any differences in food choices in study 2. Thus, gender may play a role in the stress-eating relationship if the stress is chronic, but these effects do not seem to carry over when acute stress is involved.

Should brownies be cakey or fudgy?
Created with QuizMaker