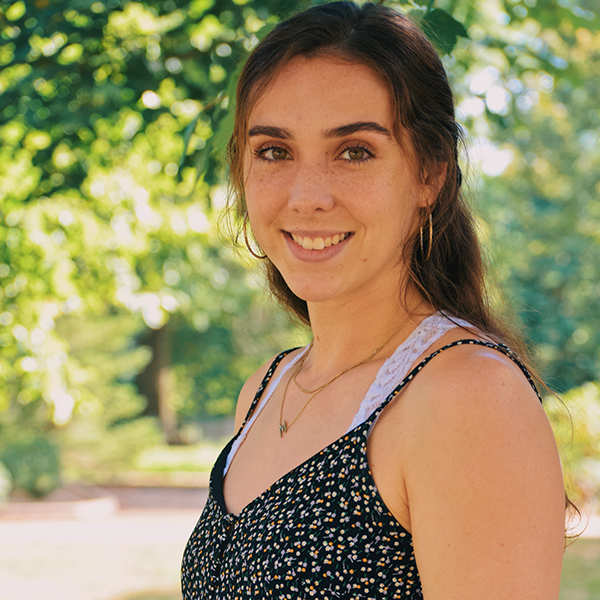 Name: Miura Wiley
Major: Biochemistry and Molecular Biology
Minor: Spanish
Advisors: Dr. Seth Kelly, Dr. Rebecca Williams, Dr. James West (second reader)
Fragile X Syndrome (FXS) is the leading heritable cause of intellectual disability and is associated with a variety of neurological and behavioral phenotypes.  It has been linked with mutations in the FMR1 gene, which has an ortholog, dFmr1, in the model organism Drosophila melanogaster.  This model system has been used to identify the molecular basis through which the FMR1 gene exerts control over its associated phenotypes, such as memory, learning, and sleep processes.  One of the proposed molecular mechanisms is the cAMP signaling cascade, as null dFmr1 mutants are hypothesized to have decreased cAMP levels.  In order to investigate this mechanism, flies with mutations in the dFmr1 gene were crossed with dnc1 mutants, which are known to have increased cAMP levels.  This cross had previously been found to rescue a deficient sleep phenotype of dFmr1 mutants, and the proposed mechanism behind this restoration was through rescue of the cAMP cascade.  Here, the cAMP and sleep levels of both individual mutants as well as the crossed double mutant were measured to determine if cAMP levels were restored to wildtype levels in the cross.  No significant relationship was found between genotype and cAMP levels; however, this may be attributed to problems with the dnc1 genotype used in the cross.