To Pull or To Not Pull the Lever: A Data Driven Approach to Understand the Philosophical Trolley Problem 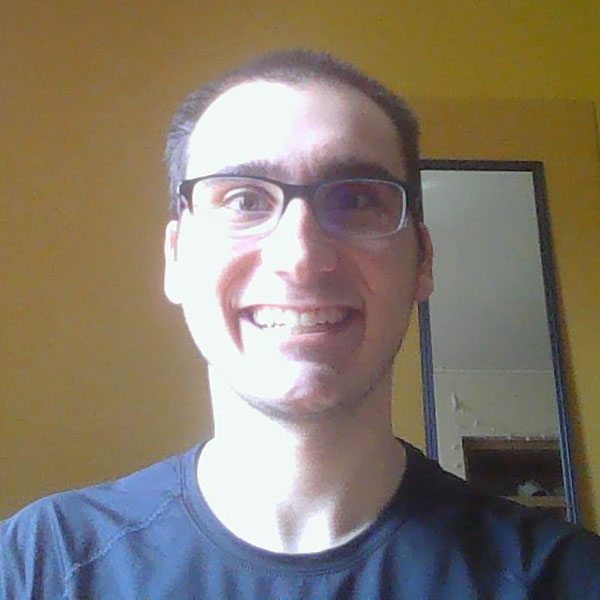 For my Independent Study project, I will be using real data to answer questions about the famous philosophical Trolley Problem. The Trolley Problem is a classic problem in the field of philosophy involving ethics and utilitarianism. One version of the problem is this: you have a runaway set of tracks, and you are responsible for either pulling a lever which would cause a train to run over 5 people tied down to a set of tracks or you could not pull the lever, resulting in the train traveling straight ahead and only killing one person tied down to the tracks. The data I will be using for this project comes from The Moral Machine Experiment (MME), which is a remastered version of the Trolley Problem, but now the focus is on self-driving cars and artificial intelligence. It is an online experiment for users that investigates different moral dilemmas autonomous vehicles (AVs) are presented with. In this experiment, users are presented with two scenarios that would result in them either swerving their car or keeping it on its course, and they are to choose which one they would most prefer. The Moral Machine Experiment focuses on eight, main factors: sparing the young or the elderly, humans or pets, passengers or pedestrians, men or women, higher or lower status, more or less fit, more lives or fewer lives, and crossing legally or illegally. What interests me about my project was how I was able to infuse my philosophical skills I have learned from my minor into my Senior IS paper. What excites me about my project is the fact that I was able to work with real-world data from an actual experiment to address questions I was most curious about trying to answer. Next steps I could see for this research are someone building more models with a person being saved or not with a MME user’s religious level, filtered on other scenario types I did not investigate like, age, social status, and utilitarian to further verify that this variable religious level still has a noticeable effect, like the MME team claimed in their paper. 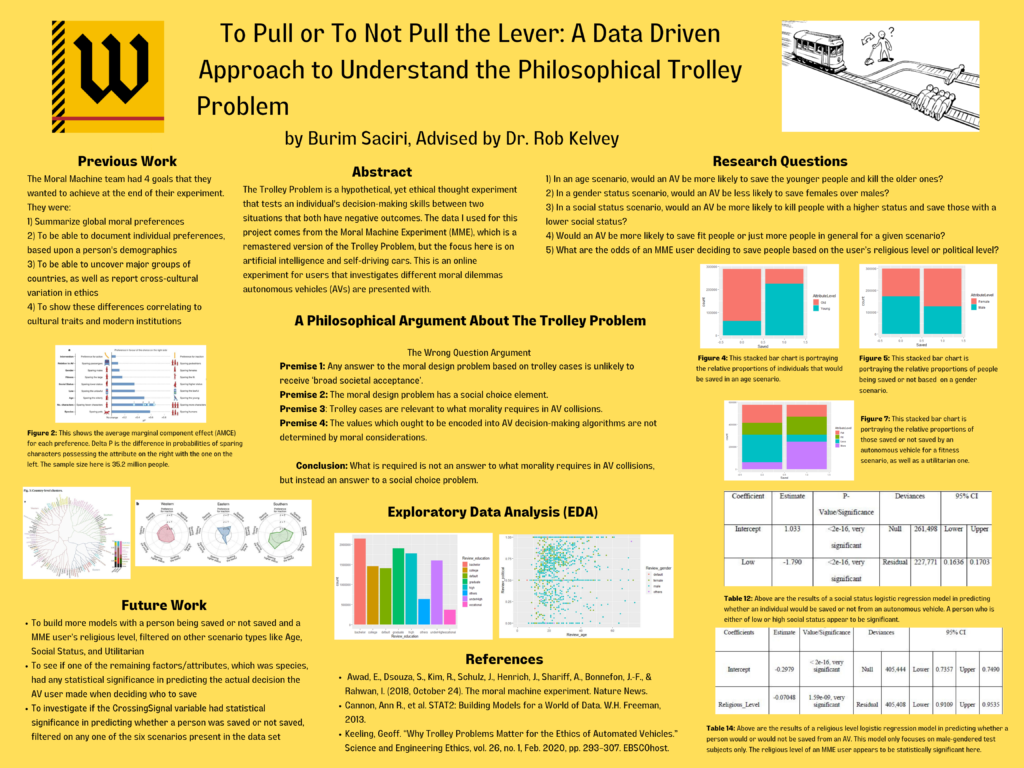 10 responses to “To Pull or To Not Pull the Lever: A Data Driven Approach to Understand the Philosophical Trolley Problem”