Molecular recognition within the ES complex: A mechanistic investigation to discern how 6-hydroxynicotinate-3-monooxygenase (NicC) distinguishes between substrate analogues when enhancing its rate of NADH oxidation 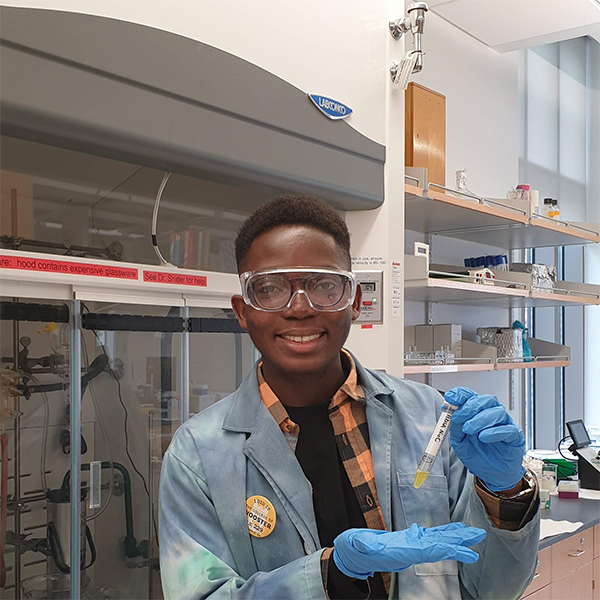 Group A flavin dependent monooxygenases catalyze the ortho or para hydroxylation of their aromatic substrates. The canonical reference to describe the general mechanism of the reaction of this enzyme is PHBH. Although PHBH is a good general reference to use when thinking about these enzymes, some enzymes in fact diverge from certain aspects in the mechanism of PHBH 1,2. NicC, a relatively newly discovered member of this group of enzymes catalyzes the decarboxylative hydroxylation reaction on 6-hydroxynicotinic acid (6-HNA) to form 2,5-dihydroxypyridine (2,5-DHP). Since its discovery, NicC has been characterized structurally, kinetically and mechanistically. NicC shares two mechanistic features with PHBH: the two-step binding of their substrates involving ionization and the rate enhancement in NADH oxidation due to the binding of their substrates (44 x for NicC and 1.7 x 105-fold increase for PHBH). To determine if the difference in the rate enhancement in the oxidation of NADH in both enzymes is due to NicC having evolved a mechanism of catalysis different from PHBH, we sought to understand how the binding of 6-HNA to NicC increases the rate of NADH oxidation. This study determined that both the carboxylate and the 6-oxo functional groups present in 6-HNA are critical for enhancing the rate of NADH oxidation. This study also illustrates that ionization of ligands bound to NicC may govern product formation. In addition, these results also provide preliminary evidence to illustrate that cation repulsion between H302, H211 and the nicotinamide moiety of NAD+ allows NicC to distinguish between NADH and NAD+ thus elucidating the binding site of NADH.

One response to “Molecular recognition within the ES complex: A mechanistic investigation to discern how 6-hydroxynicotinate-3-monooxygenase (NicC) distinguishes between substrate analogues when enhancing its rate of NADH oxidation”