Sexuality & Gender Inclusion (SGI) within the Center for Diversity & Inclusion (CDI) at the College of Wooster works with all members of the community to ensure an inclusive and affirming environment for people of any gender, romantic orientation, or sexuality. We work closely with all branches within the Center for Diversity & Inclusion, the Multicultural Student Affairs (MSA), the International Student Services (ISS), and Religious & Spiritual Life (RSL), to provide educational, social, cultural, and academic opportunities. SGI works to address the ways in which attraction and gender intersect with race, ethnicity, class, nationality, ability, religious, and other aspects of our identity. 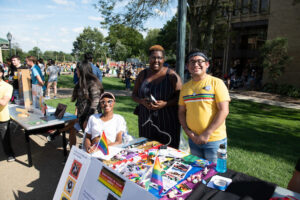 There are many ways to get involved at the College of Wooster, such as our many student organizations or other program that partner with the Center for Diversity and Inclusion. You can help create a climate free of transphobia, cissexism, homophobia, heterosexism, misogyny, sexism, and be a part of an affirming and inclusive community. Listed below are some that connect to the Sexuality and Gender Inclusion branch.

The Safe Zone practicum is a 0.5 credit course that prepares students to facilitate Safe Zone training workshops on LGBTQ+ identities and communities, while also assisting in creating content for the training. There are great opportunities to develop new 200 level trainings each semester. Consider joining us! 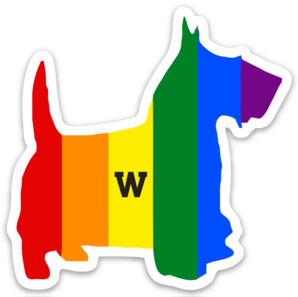 Over the RainboWoo is a welcome reception to celebrate our LGBTQ+ students. It is held during the first full week of classes during the Fall Semester.

Gender & SexualiTea is a an ongoing monthly series open to the entire campus community as a dialogue around issues of sexuality, gender, and their intersections, featuring a different topic each month. All attendees can help themselves to tea and snacks.

LGBTQ+ History Month is celebrated with annual month-long observances of lesbian, gay, bi and trans history, along with the history of the gay rights and related civil rights movements. National Coming Out Day (October 11th) and the March on Washington in 1979 are commemorated in the LGBTQ+ community during this time.

The John Plummer Memorial Scholarship for Promoting a Welcoming Campus for LGBTQ People was established in 2008 in memory of John Plummer, a longtime comptroller in the Wooster Business Office and mentor to the Wooster lesbian, gay, bisexual, transgender, queer (LGBTQ) student community. Plummer, one of the few openly gay persons on campus, served as a lifeline to many in Wooster’s gay student community and was an ardent advocate for a more inclusive and respectful Wooster campus.

After Plummer’s death in 2006, Hans Johnson, a 1992 graduate, and friend of Plummer became the guiding force in the creation of the scholarship. The scholarship is conferred on a sophomore, junior, or senior student, regardless of sexual orientation or gender identity, each year in the fall based on the recommendation of a small advisory committee.